Jealous conservatives amazed by 'patriotic' DNC: 'These guys are turning into Republicans' 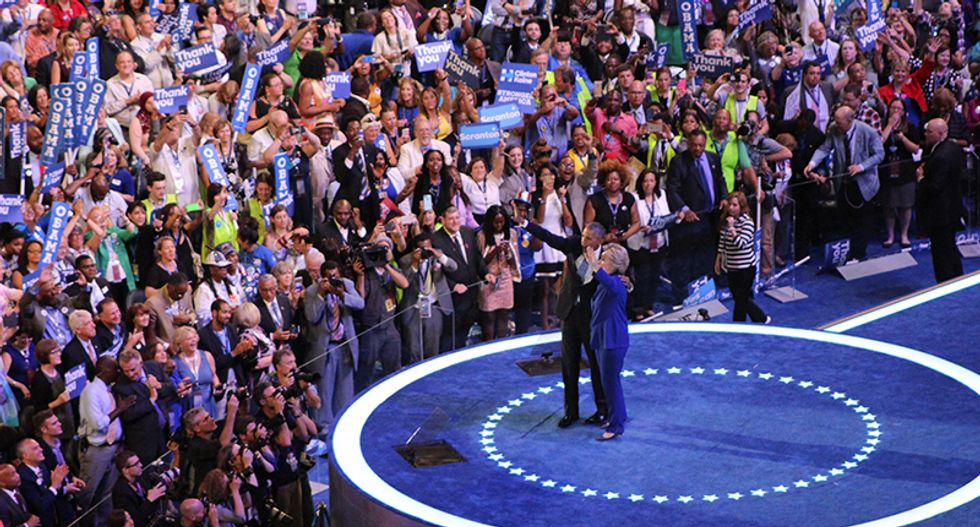 The Democratic National Convention has offered Americans a competing -- and compelling -- vision to the dark, dystopian fantasy served up last week by Donald Trump.

And no one's more mystified than Republicans, who've watched their rival scoop up all the political ground that Trump abandoned in his improbable and divisive presidential campaign.

It's true: #Trump has turned the #Democrats into proud, sincere & convincing patriotic flag waivers! That's what it feels like in the hall.
— howardfineman (@howardfineman) 1469756023.0

How can it be that I am standing at my kitchen counter sobbing because of the messages being driven at the DNC? Where has the GOP gone?
— Rich Galen (@Rich Galen) 1469756301.0

I will take the America of Khizr Khan & his fallen son over Trump's distorted & selfish version every day of the week.
— John Weaver (@John Weaver) 1469757445.0

The historic gravity of Clinton's nomination was not lost on all conservatives.

Whereupon a woman, a mother, walked out on stage, hugged her daughter and accepted a presidential nomination. https://t.co/ik4YcyN0DG
— Megyn Kelly (@Megyn Kelly) 1469759900.0