John Kerry is on private travel to Nice, to visit American hurt in attack 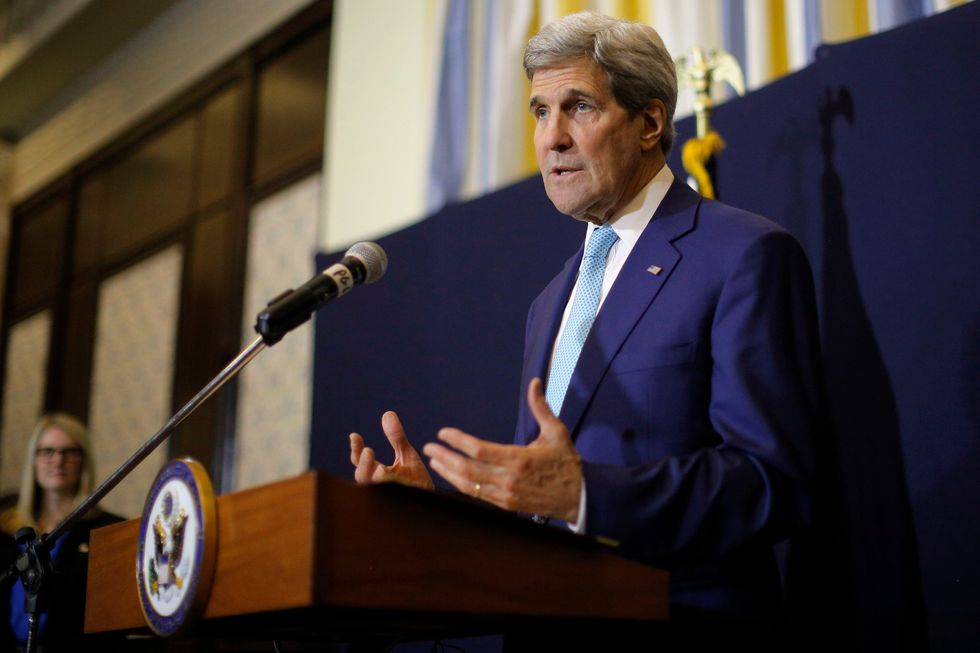 U.S. Secretary of State John Kerry is in Nice on Saturday "on private business" and will visit an American still hospitalized after a truck driver deliberately plowed into a crowd in the city during Bastille Day celebrations last week.

Three U.S. citizens were among the 84 killed in the attack, in which Tunisian delivery man Mohamed Lahouaiej Bouhlel drove a 19-tonne truck along a packed sea-front promenade before police shot him dead.

"Secretary Kerry is in Nice today on private business," a senior State Department said in a statement. "While there, he will visit with an American injured in last week's terrorist attack who is recovering in a local hospital."

Kerry arrived in Paris on Friday for talks with Palestinian President Mahmoud Abbas but the meeting was canceled after Abbas' brother died.