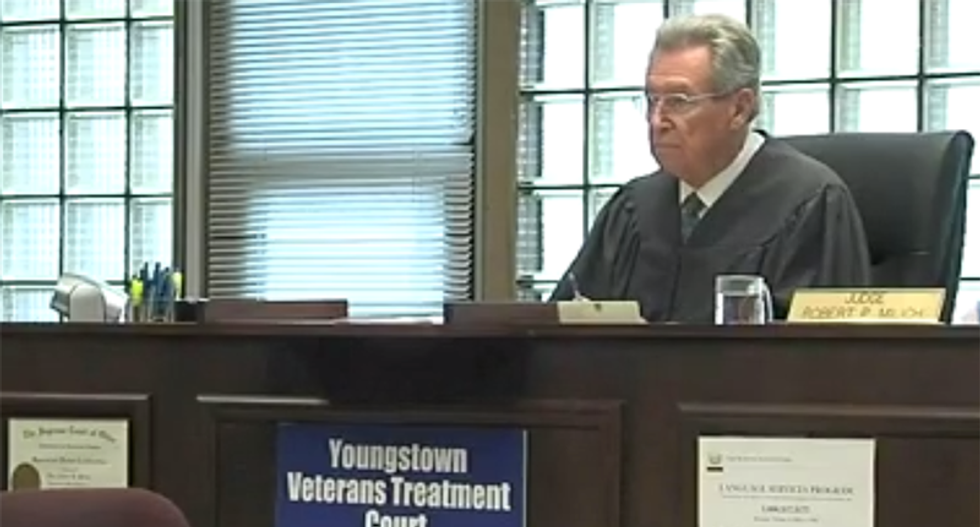 Youngstown, Ohio Municipal Court Judge Robert Milich took attorney Andrea Burton into custody for contempt of court after she refused to remove a Black Lives Matter pin while in his courtroom when he asked.

Judge Milich sentenced Burton to five days in jail, but she was released on a stay because the decision is on appeal. She'll stay out of prison while she works her way through the appeals process and abides by Milich's rule not to wear items that make a political statement in his court.

Milich told WKBN his opinions on the Black Lives Matter movement are irrelevant when it comes to his anti-pin policy.

“A judge doesn’t support either side,” he said. “A judge is objective and tries to make sure everyone has an opportunity to have a fair hearing, and it was a situation where it was just in violation of the law."

Youngstown NAACP President George Freeman, Jr. issued a statement, saying its legal counsel is monitoring the case closely because it may be a violation of Burton’s civil rights and questioned whether Burton violated any laws.

“We will do all that the NAACP Youngstown can do to ensure that Attorney Burton’s Constitutional rights are not being violated,” he said.

Fellow attorney and community activist Kim Akins is concerned about the event and the precedent it sets.

“No one wearing an American flag button, no one wearing a crucifix or a Star of David would be removed, so why this particular statement bothered him so much is bothersome,” she said.

The judge said his ruling is based on Supreme Court case law in which a judge can prohibit symbolic political expression in courtrooms, even if it’s not disruptive.

Judge Milich also cited case law from the Supreme Court, where judges were allowed to prohibit symbolic political expression in the court. Even if the

“There’s a difference between a flag, a pin from your church or the Eagles and having a pin that’s on a political issue,” Milich said.

Check out a video of Burton in the court room: