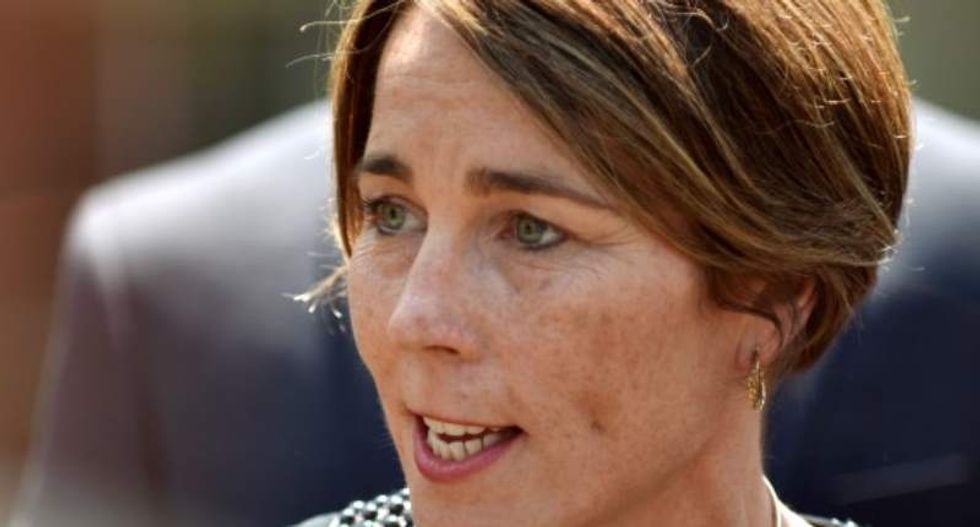 The move takes effect immediately and is part of stepped-up enforcement of Massachusetts' ban on military-style assault weapons, she said in a statement.

"The gun industry has openly defied our laws here in Massachusetts for nearly two decades. That ends today," said Healey, a Democrat.

She said assault rifles had become the weapon of choice in mass shootings. They have been used in massacres in Orlando, Florida; San Bernardino, California; Newtown, Connecticut; and Aurora, Colorado.

Her enforcement notice clarifies what constitutes a “copy” or “duplicate” weapon under the assault weapons ban. Copies or duplicates of banned assault rifles, including copies of the Colt AR-15 and the Kalashnikov AK-47, are prohibited in the state.

Despite the law, an estimated 10,000 "copycat" assault weapons were sold in Massachusetts last year, the statement said.

Healey's statement said gun manufacturers made versions with minor tweaks to various parts of the weapon. Copycat guns are sold, for example, without a flash suppressor or with a fixed instead of folding stock.

Gun dealers with existing stock will have to sell them to dealers out of state.

The Gun Owners' Action League of Massachusetts, a gun rights advocacy group, criticized Healey's move in a statement, saying it was unconstitutional and had been done without due process. The group is weighing possible courses of action.

"One thing is certain is that this new interpretation is purely a political stunt and has nothing to do with public safety or law," said Jim Wallace, the group's executive director.