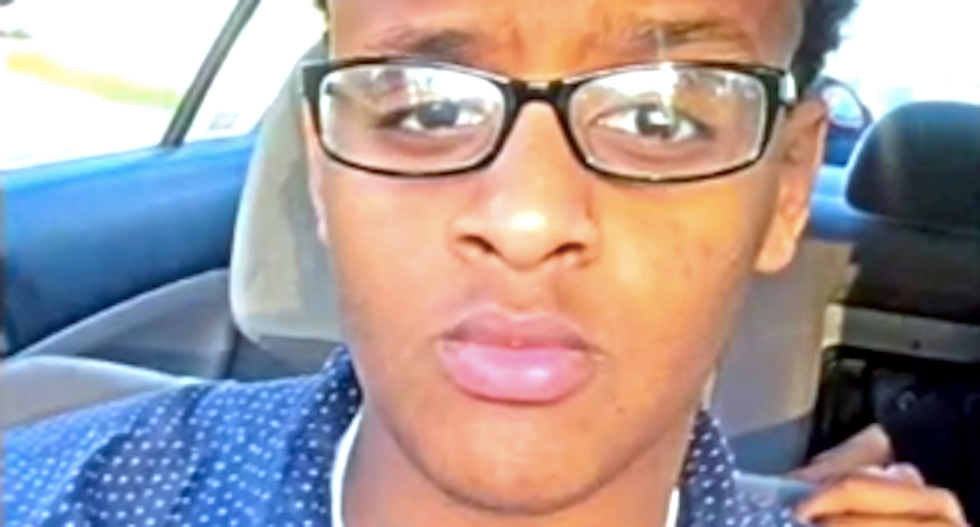 Police are searching for a gunman who opened fire on five Somali men on their way to prayer services in Minneapolis.

The men were wearing traditional Muslim clothing while driving from a basketball game about 2 a.m. Wednesday to a late prayer service at a nearby mosque whey overheard a man making disparaging remarks about their religion, reported the Star Tribune.

It's not unusual for Muslims to stay awake for overnight services during the holy month of Ramadan, which ends next week, and the men had actually been at the mosque earlier before leaving to go play basketball near the University of Minnesota campus.

They overhead a "very drunk" man make insulting remarks about Muslims as they got into their car, and they spotted the same man at the next intersection and questioned him about the insults, reported KARE-TV.

"The man said, 'I didn't say those things, I know a lot of Muslims. I have Muslim friends,' and we said, 'That's great!' and so we thought it was over," said victim Hussein Gelle.

But another white man wouldn't let it go.

That's when the second man pulled out a handgun and threatened them.

The Somali men drove away, and the man fired at least seven gunshots at them -- wounding the 22-year-old Gelle and a 19-year-old man in the car.

They drove to the University of Minnesota Medical Center, where Gelle, a Metropolitan State University student and the younger man, whose name has not been released, were treated and released.

The other three men were not injured in the shooting.

Police are investigating the case as a possible "bias-motivated crime" -- but the victims are certain the gunmen targeted them for their religion.

“He made it clear that it wasn’t a misunderstanding or a situation where someone felt threatened,” said friend Burhan Mohumed, who spoke to one of the victims about the shooting. “It was an obvious attempt on their lives. … There was one person who was armed in that situation, and they chose to use lethal force.”

Jaylani Hussein, executive director of CAIR-MN, said his organization has tracked an increase in crime in recent months against Muslims in the area, including an attack a woman speaking Swahili to her family at Applebee's, which he blamed on some presidential candidates.

“They were targeted for being a Muslim,” said Hussein. “They did not antagonize. This was literally a clear profiling of them, harassing of them and shooting of them. This is a clear hate crime.”

Police haven't determined a motive or identified any suspects in the case, but it's possible the men might not face hate crime charges in the shooting.

Hate crimes are considered only a gross misdemeanor under Minnesota law, and prosecutors decided not to charge the assailant in the Applebee's case with that offense because they feared it would lead to a conviction on a lesser charge.

Jodie Burchard-Risch has been charged with felony third-degree assault in the Oct. 30 attack against Asma Jama, who supports legislation to make hate crimes a felony under state law.

Jama said she still suffers anxiety after the 43-year-old Burchard-Risch struck her in the face with a beer mug, and she worries that news reports about her assault had made her an even bigger target for Islamophobic abuse.

"I live in fear every single day that somebody is going to retaliate," Jama said. "And this time it won't be a beer mug, it's actually going to end my life."