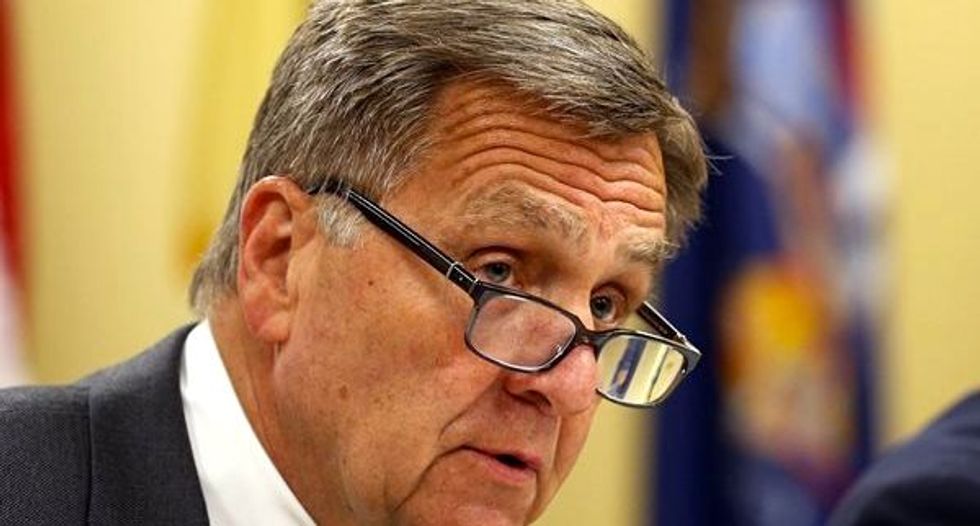 As part of a plea deal for close Christie confidant David Samson, who resigned in 2014 as chairman of the Port Authority of New York and New Jersey as the bridge scandal unfolded, prosecutors recommended he serve up to two years in prison.

The airline probe emerged from an investigation into the George Washington Bridge traffic jam that top Christie aides were accused of engineering to punish a local politician.

However, the airline scheme was unrelated to the gridlock scandal that hung over Christie's failed White House bid and continues to cast a shadow as he is among those being considered as a running-mate for presumptive Republican presidential nominee Donald Trump.

United Continental Holdings Inc Chief Executive Jeff Smisek and two other senior executives resigned in September 2015 after an internal probe into whether the airline tried to curry favor with Samson by adding non-stop flights between New Jersey and South Carolina, where Samson had a vacation home.

The flights between Newark Liberty International Airport, which is run by the Port Authority and where United sought improvements, were more than half-empty on average, according to U.S. government data. They ended after Samson resigned in 2014.

In court, Judge Linares said he accepted Samson's guilty plea to knowingly and corruptly accepting a thing of value, a reference to the airline flights, in return for influence with the Port Authority.

Samson's attorney, Michael Chertoff, did not immediately respond to a request for comment. A Christie spokesman declined to comment, as did United officials.

The plea deal does not call for Samson, a former New Jersey attorney general appointed by Christie to head the Port Authority in 2011, to cooperate with the government in its ongoing Bridgegate investigation, local media said. Bridge lane closings sparked a three-day traffic jam in September 2013.

A September trial date has been set for former top Christie aides Bill Baroni and Bridget Anne Kelly, who famously emailed a colleague, "Time for some traffic problems in Fort Lee," before the closures. Fort Lee Mayor Mark Sokolich had declined to endorse Christie's re-election effort in 2013.