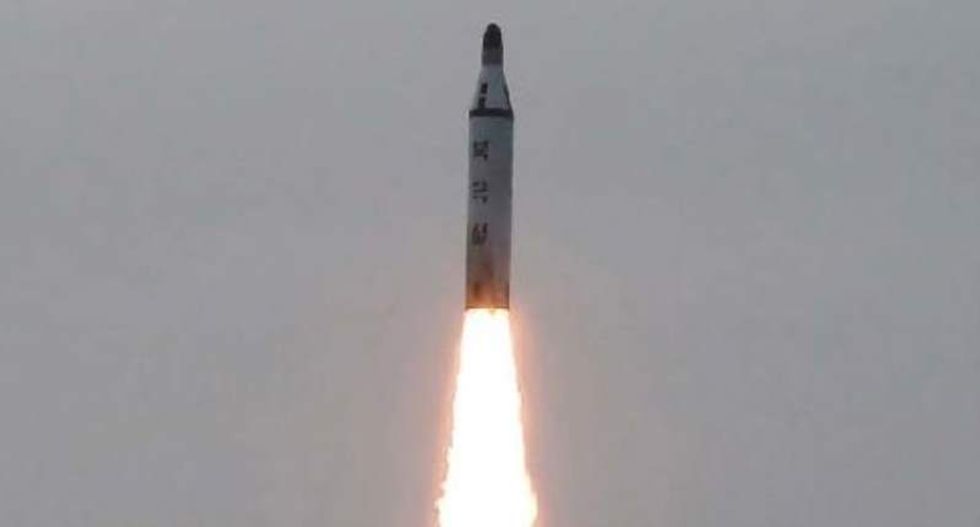 This picture released from North Korea's official Korean Central News Agency on April 24, 2016 shows the underwater test-fire of a strategic submarine ballistic missile at an undisclosed location in North Korea on April 23, 2016 (AFP)

North Korea fired three ballistic missiles on Tuesday, South Korea's military said, just over a week after issuing threats to respond to the planned deployment of a US anti-missile system in the South.

The missiles, launched early Tuesday from the western city of Hwangju, flew between 500 and 600 kilometers (311-373 miles) toward the Sea of Japan, the Joint Chiefs of Staff (JSC) said in a press statement.

The range of what were believed to be SCUD missiles is enough to reach all of South Korea, the JCS reported.

South Korea's military is keeping close tabs on the North's movement, it added.

Tensions have soared since Pyongyang carried out its fourth nuclear test in January, followed by a series of missile launches that analysts said show the North is making progress toward being able to strike the US mainland.

North Korea last week threatened to take an unspecified "physical action" after Washington and Seoul announced they would deploy a sophisticated US anti-missile defence system to counter the growing menace from Pyongyang.