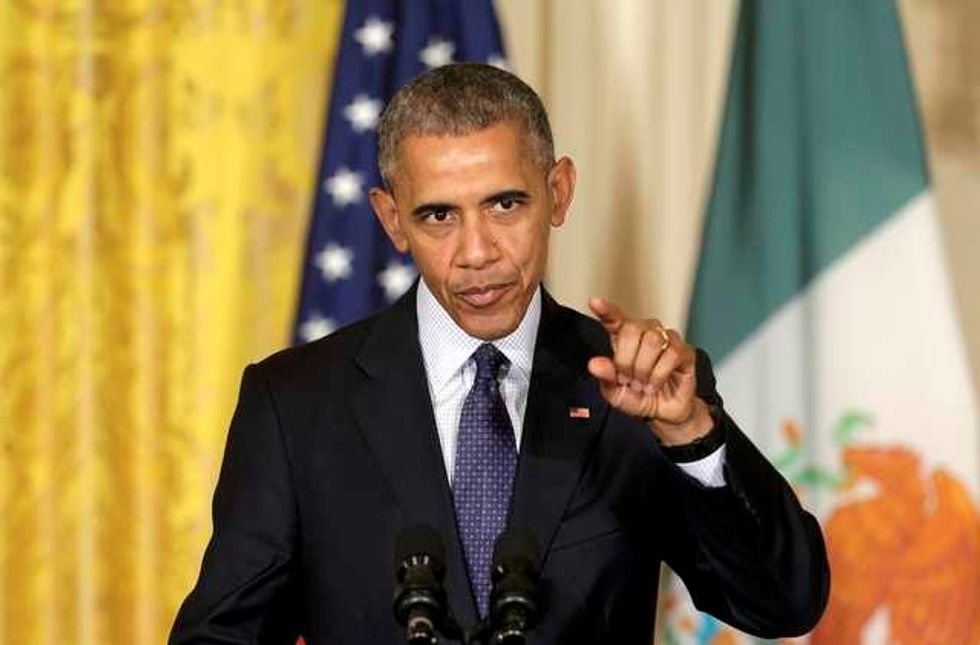 President Barack Obama said on Friday that some fears expressed this week at the Republican National Convention that nominated Donald Trump as that party's presidential nominee did not match the facts.

Speaking at a news conference after a meeting with Mexican President Enrique Pena Nieto, Obama said: "Some of the fears that were expressed throughout the week just don't jive with the facts."

"When it comes to crime, the violent crime rate in America has been lower during my presidency than any time in the last three, four decades. And although it is true we've seen an uptick in murders and violent crime in some cities this year, the fact of the matter is the murder rate today, the violence rate today is far lower than when Ronald Reagan was president, and lower than when I took office," he said.