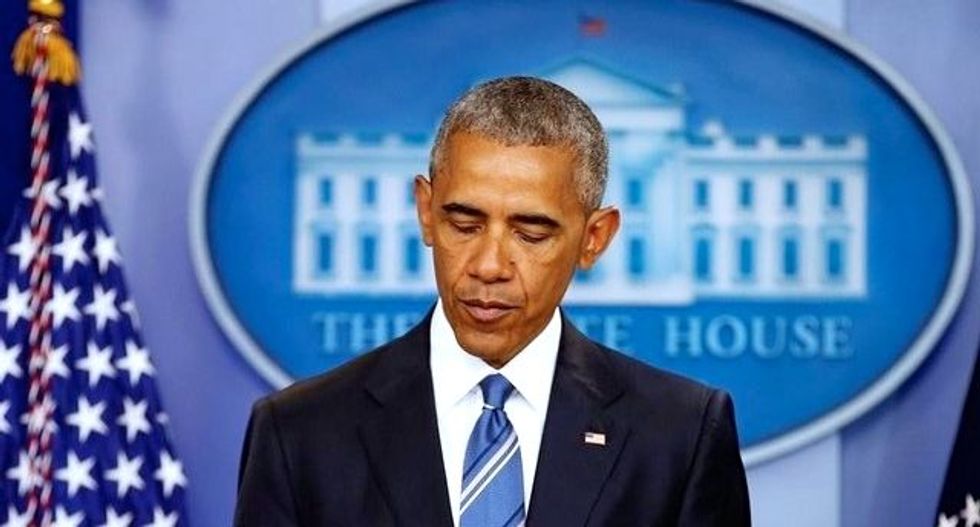 President Barack Obama, saying the security situation in Afghanistan remained precarious, said on Wednesday he will keep U.S. troop levels there at 8,400 through the end of his administration rather than reducing them to 5,500 by year's end as previously planned.

Obama, in a statement at the White House, said the role of U.S. forces in Afghanistan would remain unchanged: training and advising Afghan police and troops, and supporting counterterrorism missions against the Taliban and other groups. Obama's presidency ends in January.

Obama, who took office in 2009 pledging to wind down the U.S. wars in Iraq and Afghanistan, said he had ended America's combat mission in Afghanistan. But he acknowledged that security concerns persist.

"The security situation in Afghanistan remains precarious," Obama said. "The Taliban remains a threat. They've gained ground in some places."

Taliban forces now hold more territory in Afghanistan than at any time since the 2001 U.S.-led invasion, according to recent United Nations estimates.

Obama spoke in advance of a July 8-9 NATO summit in Warsaw, Poland, where alliance members are expected to confirm their support for the Kabul government.

(Reporting by Jeff Mason; Writing by David Alexander and Warren Strobel; Editing by Tim Ahmann and Will Dunham)