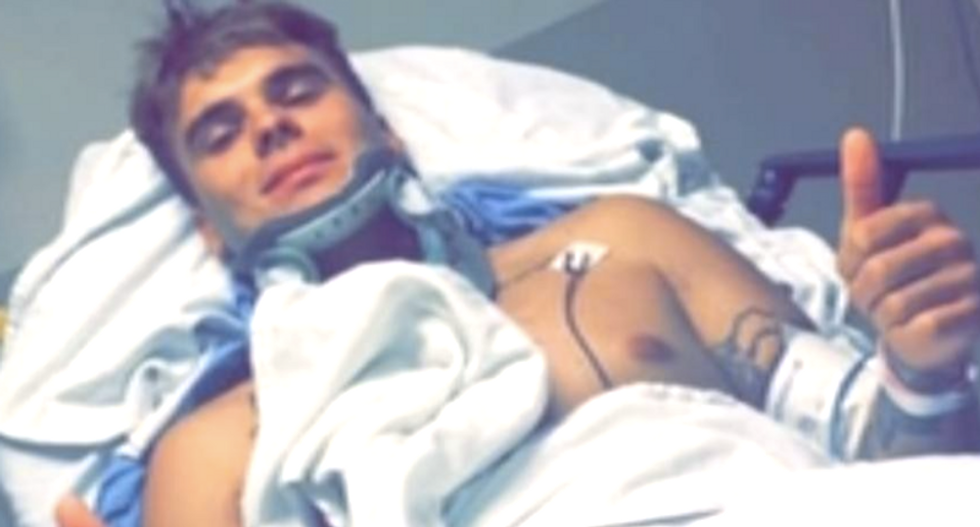 An Ohio man was struck by "celebratory gunfire" during an Independence Day event.

The man, 21-year-old Mario Jovanovski, was struck in the head Sunday night by a bullet that police believe was fired into the air during a fireworks display, reported the Columbus Dispatch.

“Right when the fireworks started, he grabbed his head and was like, 'I’ve just been shot,' and I’m like, 'What are you talking about?' and he fell to the floor and dragged me down with him,” said the man's girlfriend, Amanda McGarran.

Jovanovski was examined by medics at the annual July 4 event in Whitehall, where police also arrested some juveniles for fighting.

City officials said the fights were caused by "one group of young people with bad intentions finding another group with like intentions."

Police haven't identified the person who fired the gunshot, and they haven't heard any reports of a person with a gun at the event.

Jovanovski was taken by ambulance to a nearby hospital, where he underwent surgery Monday to remove a .380-caliber bullet lodged in his skull.

He and his family have said they won't go back to the suburban celebration, where 11 people were arrested last year for fighting and 27 the year before.

“I will not go or him or any of us, we already discussed that," said his brother, Renato Jovanovski. "I’d rather watch that from the condo or the house."