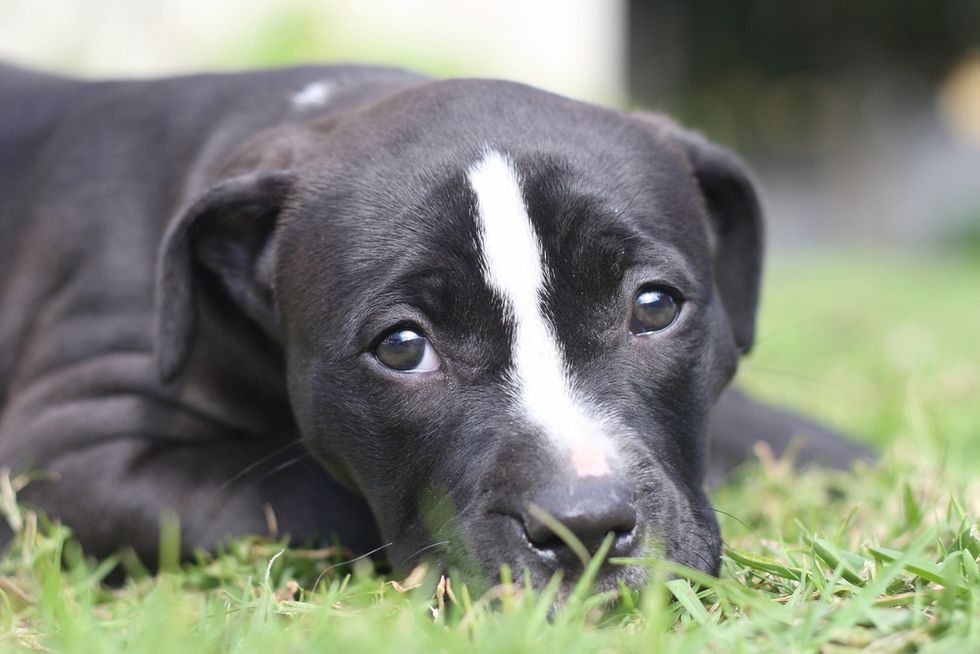 A family in Wynnewood, Oklahoma says that police mistakenly killed their dog during their 5-year-old son's birthday party.

According to Oklahoma City's Fox 25 News, an officer whose identity the Wynnewood Police Department has declined to reveal fired a high-powered rifle through a fence and killed the Malone family's 3-year-old American bulldog and pit bull mix, Opie.

Vickie Malone said that she had sent her son Eli and his friends outside so she could prepare ice cream and birthday cake for Eli's birthday party when she heard a bang. Eli called out to her, “There’s something wrong with Opie.”

The adults at the party heard two more shots and ran outside. They found the dog lying on his side inside the fence, "kicking and gasping for air,” said Vickie Malone.

The officer who shot the dog told the family that the dog had lunged at him through the fence. Wynnewood Police Chief Ken Moore stood behind the officer's actions, saying the dog was vicious and had come around the corner of the house outside the fence and charged at the officer.

However, Fox 25 said that the video from the scene of the incident they reviewed contradicts the officer's story. Opie's body is lying inside the fence with a gunshot wound to the head.

The officer who shot the dog had come to the Malone home to serve a warrant to a person who lived there 10 years ago. The warrant, he said, gave him the right to enter private property and take whatever action he deemed appropriate under the circumstances. The Malone family says they never saw any warrant.

Chief Moore said that the police department was aware that the Malone family had been in the house for a year and that the officer had been advised that the address was a rental property through which people had “moved in and out” over the years.

“I respect what the police do, but this was senseless, but he didn’t show any remorse and didn’t even act like he was sorry or anything,” Vickie Malone said to Fox 25.

Eli Malone told reporters that he misses his dog. The 5-year-old said that he wishes someone from the Wynnewood Police would at least apologize for killing his friend.

The family have marked Opie's grave with a small wooden cross.