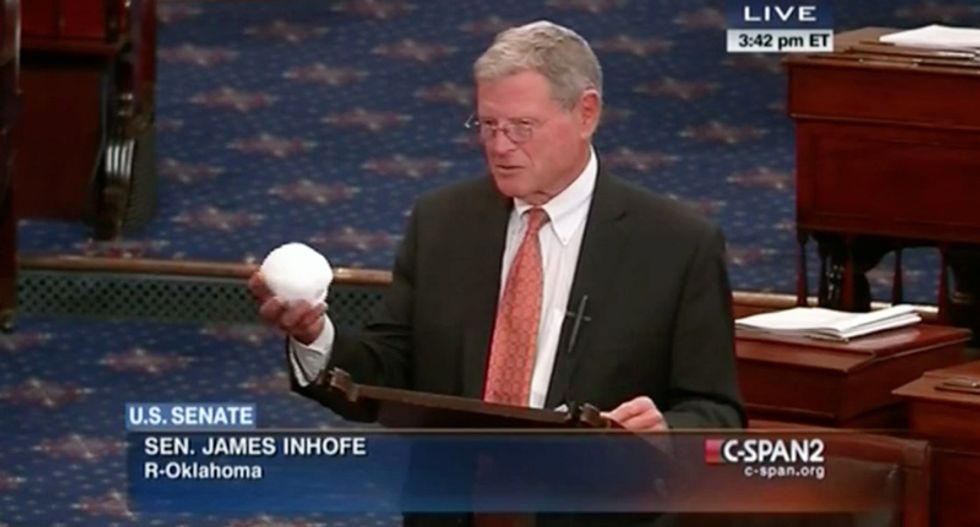 Sen. Jim Inhofe (R-OK) was flying his private plane when he was forced to make an unexpected landing at Grand Lake Regional Airport in northeastern Oklahoma on Sunday evening.

According to Inhofe's office, the senator was out flying in two separate planes with another pilot, News 6 reports. The eastern half of Oklahoma was under severe thunderstorm warnings with one tornado warning earlier in the day. Due to bad weather, Inhofe was forced to land at the airport when an unidentified mishap occurred.

In 2013, Inhofe's son Dr. Perry Inhofe was flying a twin-engine Mitsubishi MU-2B-25 he had purchased recently when it crashed in Owasso, Oklahoma approaching Tulsa International Airport.

Inhofe, who is most known for being the biggest climate denier in office, walked away from the accident with any major injuries.