Online bigots beware: 'Hello Racist' is going to expose you on the Internet 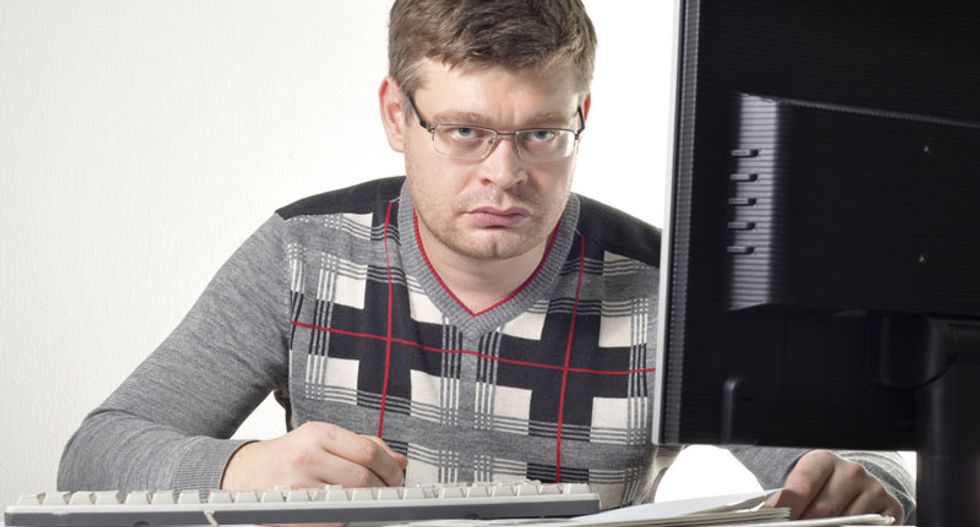 While social media can be an absolute cesspool -- seemingly overpopulated by anonymous trolls spewing their special brand of hatred against anyone who is not like them -- there are also those who have no qualms about making bigoted comments under their own names on Twitter or Facebook.

With an assist from members of the Hello Racist Facebook community, Hello Bigot shines a light on the racists among us -- allowing followers to spread the word via social media of the not-so-secret lives of folks who can't seem to help themselves when it comes to posting hateful memes and horrific comments.

With a helpful submission button, Hello Bigot followers must provide their own names and other personal information, along with a link to the offending post and screenshots.

Case in point: Danny Clayton of Texas who posted an old black and white photo of "Legal Italian immigrant" children holding American flags, with the comment: "That's because they are white and have common sense and loved being American citizens not like the n****rs, sandn****rs or wetbacks we have in this country now."

In an interview with Nancy Laws of HuffPo, the founder of Hello Bigot  -- who wishes to remain anonymous -- explains why they feel the need to, as they call it: "Expose a racist."

"There are still so many people and segments of society who are still stuck in a place where, for whatever reason, be it hate, ignorance, how they were raised, where they live, etc., racism is still acceptable behavior. It’s still systematically a part of some people’s cultures, lives, and mindset," they explained, before adding that those people need to be "confronted with their actions."

"There are still a surprising number of people who are racist who really shouldn’t be because of who they are and what they do professionally. Who, if they are racist, they have the potential to ruin people’s lives when they let their racial biases and prejudices creep in and affect their professional decisions and judgments in ways that are completely incomprehensible and illegal. And that really shouldn’t happen in today’s society," the site founder continued. "I’m speaking about people who serve society in roles as police officers, teachers, public officials, doctors, bankers, realtors, judges, CEO’s, and others. It’s very critical information to understand if people filling important roles in society are racist and are making decisions and judgments that affect people of all races."

Asked how the site can make a difference by "outing" bigoted or racist commentary, the answer was fairly simple.

"I think when some people are confronted and called out about their racism, it actually does change them. They become ashamed and embarrassed. But they learn not to do it again. People learn to be racist. And I like to believe that most people at heart don’t really believe in racism or subscribe to it. They just are because that’s what they learned to do and were never told not to or confronted by anyone to tell them that it’s wrong"

Pressed about their own anonymity, threats and lawsuits came to mind, they explained to Laws.

"Legal threats. Threats of violence. Some are laughable. Some are very real and concerning. To the extent possible, I’d like to keep these threats out of other aspects of my life. Being anonymous allows me do that."