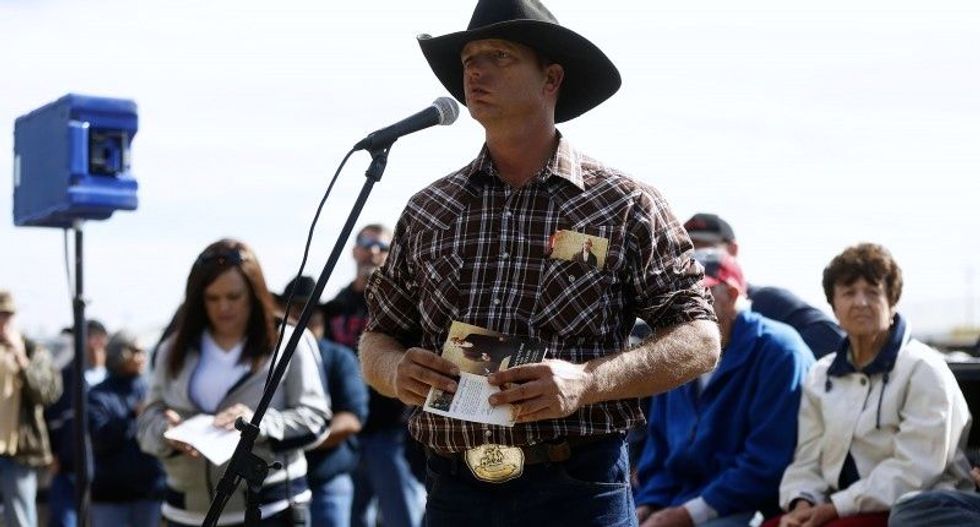 A federal judge was expected to rule on Tuesday on bids by two brothers who led the armed occupation of a federal wildlife refuge in Oregon to be freed ahead of their trial, despite assertions by prosecutors that one of them was caught making plans for a jail break.

Ammon and Ryan Bundy, who spent a month holed up at the Malheur National Wildlife Refuge in remote southeast Oregon to protest federal land control in the West before they were arrested on Jan. 26, asked during a hearing in U.S. district court in Portland to be released to prepare for their trial in September.

They are charged with conspiracy to use force, intimidation or threats to impede federal officers from discharging their duties.

Federal prosecutors have sought to keep the brothers, who are also charged in connection with a 2014 standoff over cattle grazing rights at their father Cliven Bundy's ranch in Nevada, behind bars.

During the hearing, prosecutor Geoffrey Barrow said they suspected Ryan Bundy of plotting an escape from the Multnomah County Detention Center after torn sheets were found tied together in his cell in April, along with extra clothing and food, according to a U.S. Attorney's spokeswoman.

Ryan Bundy, 43, denied planning a jail break during the hearing, according to a report of the proceedings in the Oregonian newspaper.

Ammon Bundy, 40, and Ryan Bundy are among 26 people who were charged in connection with the Malheur takeover, which began on Jan. 2 and was sparked in part by the return to prison of two Oregon ranchers convicted of setting fires that spread to federal property in the vicinity of the refuge.

The occupation was also a protest against federal control of hundred of millions of acres of public land in the West.

At the conclusion of their trial in Oregon, Ammon and Ryan Bundy will face charges of assault on a federal agent, threatening an law enforcement officer, conspiracy and firearms violations in connection with the standoff in Nevada, which began when federal agents seized cattle from their father's ranch because of unpaid grazing fees.

Cliven Bundy, 70, is also charged in connection with that confrontation, which came to symbolize opposition to federal control of public lands in the West.