Police union: open carry of guns should be suspended at Republican convention in Cleveland 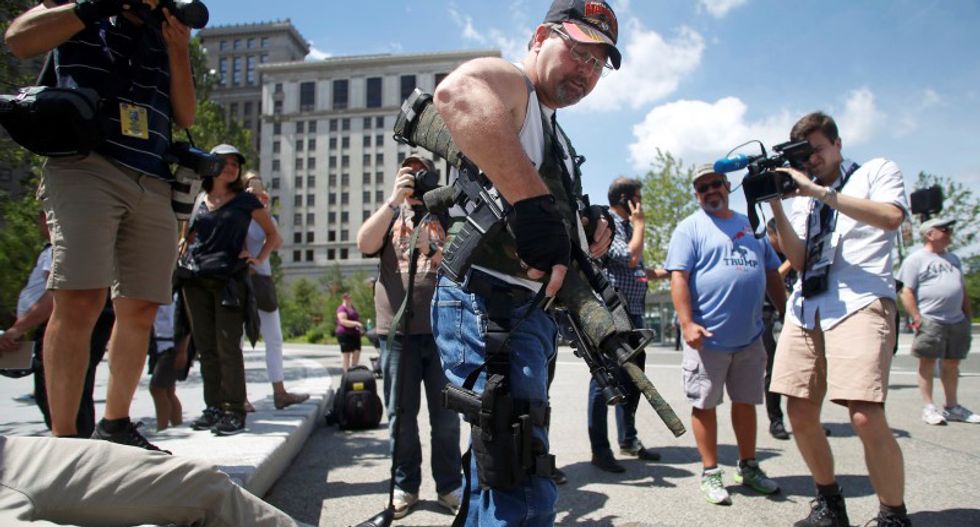 Steve Thacker carrying a rifle and a handgun is surrounded by news media in a public square in Cleveland, Ohio, U.S., July 17, 2016. REUTERS/Jim Urquhart

The head of the Cleveland police union on Sunday urged Ohio's governor to declare a state of emergency and to suspend laws allowing the open carrying of firearms during the Republican National Convention, after the shooting of six police officers in Louisiana.

"I don't care what the legal precedent is, I feel strongly that leadership needs to stand up and defend these police officers," Steve Loomis, the head of the police union, told Reuters in an interview at the union's headquarters on Sunday. The four-day convention is due to begin on Monday.