Police use of 'bomb robot' to kill Dallas suspect is unprecedented, experts say 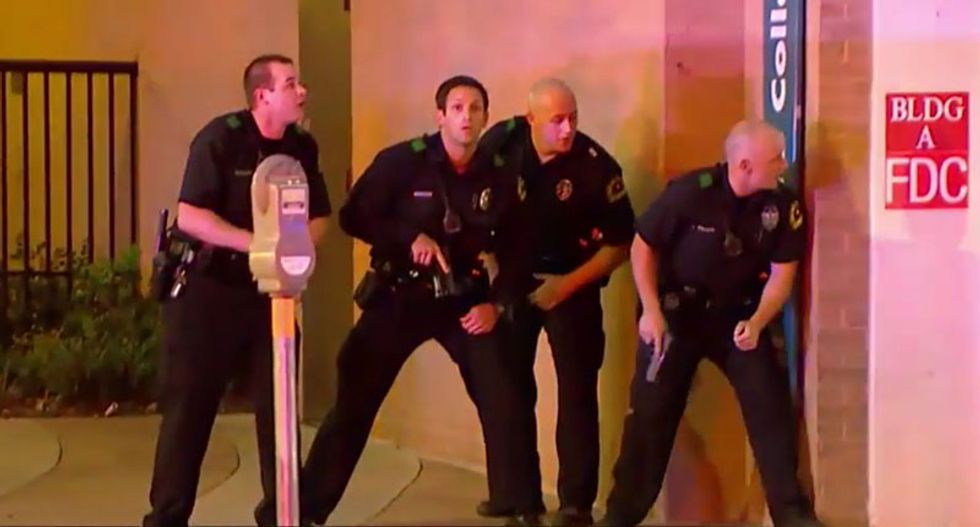 The death of a suspect in the Dallas police shootings marks the first time U.S. police officers have used a robot to kill someone, according to Texas and national experts.

Hours-long negotiations with the man broke down into an exchange of gunfire, Dallas Police Chief David Brown said at a news conference Friday morning. At that point, the officers deployed a robot armed with an explosive.

"We saw no other option but to use our bomb robot and place a device on its extension for it to detonate where the suspect was," Brown said.

The announcement left law enforcement experts nationwide searching in vain for a precedent. New America Foundation robotics expert Peter W. Singer told the Associated Press that the suspect's death was the first time to his knowledge that police have used a robot to kill. Willard Oliver, a professor of criminal justice at Sam Houston State University, a former police officer and retired military member, said soldiers in Iraq had used bomb robots against combatants, but American police officers never had.

"Shocking. Stunning," he said of the use of the bomb robot to kill the suspect in the shooting deaths of five Dallas police officers. "But also very innovative. So I guess in the end, impressive."

Pete Blair, a professor at the School of Criminal Justice at Texas State University, said he had never heard of police in Texas employing a robot that way. Blair said robots are fairly common in police departments across the country, most often used to detonate bombs or explore potential explosives. They can also be used to place detonating devices near locked doors, for example, if officers are worried about getting too close. After the shooting in Garland in May 2015 for which ISIS claimed responsibility police used a robot to fire water charges at a car that investigators worried might contain an improvised explosive device, he said.

Currie Myers, a senior visiting fellow for the Texas Public Policy Foundation and a retired sheriff of Johnson County, Kansas, said he viewed the use of the robot as reasonable given the threat to officers' lives. But the first-ever lethal use of a robot — in a high-stakes, tense situation in which officers essentially improvised the use of the robot to deliver a bomb — requires the development of new guidelines for departments, he said.

"There are times when the use of these tools is appropriate," Myers said. "Transparency dictates that there needs to be processes in place to use these tools."

For more on this story, see President Obama’s remarks on the Dallas police shooting, how Lt. Gov. Dan Patrick and other Texas lawmakers are blaming Black Lives Matter, and how some say Dallas police and community relations were improving before Thursday’s attack.

By Isabelle Taft, The Texas Tribune