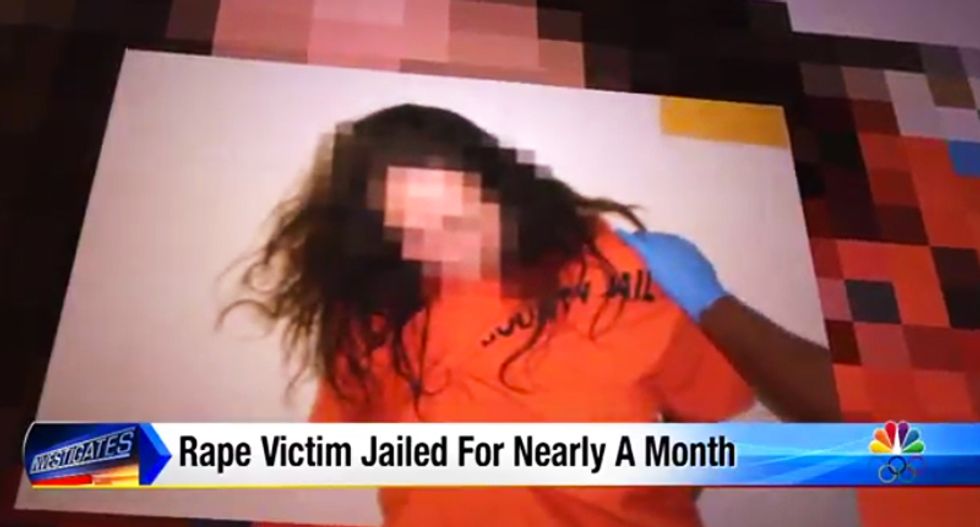 A Harris County rape victim who was taken into custody and placed in jail with the general population after she melted down on the witness stand, is suing the prosecutor and the sheriff's department, reports Click 2 Houston.

Identified as only "Jenny," the 20-year-old --who has been diagnosed with bi-polar disorder -- was a key witness in the trial of Keith Hendricks who was eventually given two life terms for rape.

However, on Dec. 8, 2015, she was unable to continue her testimony after breaking down on the stand and running from the courtroom. Prosecutor Nicholas Socias then elected to have her taken into custody, after a brief stay at a hospital, and locked up for fear that she wouldn't return to court at a later date to continue.

"This young lady should never have been put in the Harris County jail," her attorney, Sean Buckley said. "That is not an environment for a rape victim."

According to the suit, Jenny was held for a close to month, after being placed with the general population where she was assaulted.  The suit also contends that jail personnel treated her as if she was a convicted criminal instead of a victim.

Buckley said that Jenny suffered a black eye after being punched by another inmate and grew so frustrated with her treatment that she got into a fight with one of her jailers. That scuffle resulted in assault charges being filed against her, which were later dropped.

Under a Texas state law, a judge can hold a material witness in custody without bail under what is known as an "attachment order" or a "witness bond."

According to the rape victim's attorney, she should never have been taken into custody under the law because she did show up to testify. He added that he had never heard of a rape victim being treated in such a manner.

Jenny was eventually released after completing her testimony.

Jenny and her family are suing Harris County, Sheriff Ron Hickman, Taylor Adam -- the jail guard she allegedly hit while in jail -- and prosecutor Socias.