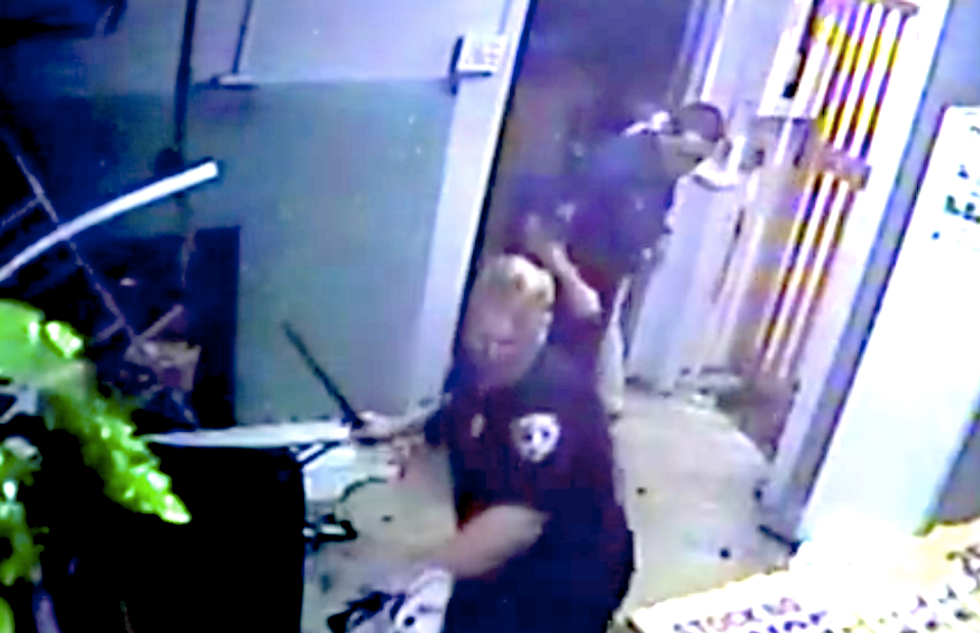 A video shown in court led a judge in Rhode Island to effectively exonerate a Providence man who was charged with assaulting a police officer and resisting arrest.

According to WPRI Channel 12, Amy Kempe -- Public Information Officer for the Rhode Island Attorney General’s office -- announced on Tuesday that 29-year-old Esmelin Fajardo will be allowed to enter a not guilty plea on charges stemming from a violent confrontation with police last year.

Kempe said that by order of Judge Kristin Rodgers, Fajardo was "allowed to enter a not guilty plea. If he stays out of trouble, the matter is off his record.”

Last September, two Providence police officers were on duty as patrons spilled out of a Broad Street club at closing time. Fajardo says police tried to make him leave the club.

"I told him I worked there,” Fajardo said. The club belongs to his uncle. The police officer reportedly responded with indifference, ordering Fajardo to "Get the f*ck out of here.”

Accounts differ as to what happened next, but security video from the club showed Fajardo scuffling with an unnamed officer, who later claimed in court that Fajardo assaulted him. The officer punched Fajardo multiple times, hit him with a flashlight and pepper sprayed him.

“I stepped away. You can see it in the video,” said Fajardo to WPRI. “He grabbed me, punched my face, hit me with a flashlight. I was just trying to save my life.”

The officer said that Fajardo punched him with his left arm, but Fajardo pointed out that his left hand has been deformed since birth and cannot even make a fist.

“There was no way for me to make a fist,” Fajardo said. “Especially with my left hand," which has no movable fingers.

The officer punched Fajardo in the face and head at least three times and repeatedly blasted him with pepper spray. Fajardo said that he was afraid for his life and instinctively tried to defend himself. The video shows him aiming a kick at the officer.

“I couldn’t see or breathe after the pepper spray,” he explained. “I was scared.”

Providence Public Safety Commissioner Steven Pare said that other customers became involved in the melee at that point. When the officer drew his tactical baton, however, all action stopped.

Pare did not reveal the officer's name, the specific findings of the police department's investigation of the incident nor did he say what sort of discipline the officer faced following the attack.