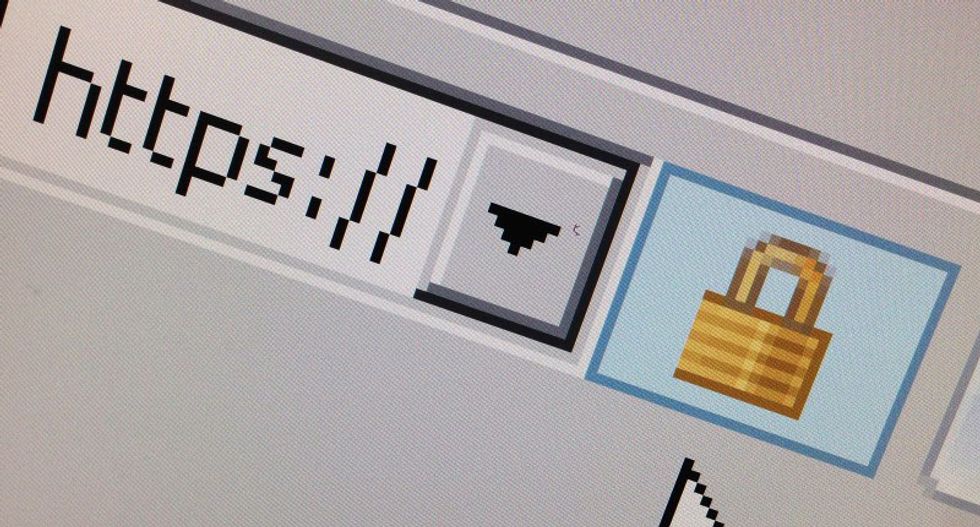 A lock icon, signifying an encrypted Internet connection, is seen on an Internet Explorer browser in a photo illustration in Paris April 15, 2014. REUTERS/Mal Langsdon

Russia told the United States on Thursday to get to the bottom of a hacking scandal involving Democratic Party emails itself and rejected what Donald Trump said was a sarcastic suggestion that Moscow should dig up Hillary Clinton's "missing" emails.

Trump, the Republican Party's presidential candidate, angered Democratic circles on Wednesday by inviting Russia to unearth tens of thousands of emails from rival Clinton's tenure as U.S. Secretary of State.

He spoke out after U.S. President Barack Obama said it was possible Russia might try to influence the Nov. 8 U.S. presidential election after a leak of Democratic National Committee emails that experts blamed on Russian hackers.

Suggestions of Russian involvement have riled the Kremlin, which has categorically denied this and accused U.S. politicians of seeking to play on Cold War-style U.S. fears of Moscow by fabricating stories for electoral purposes.

President Vladimir Putin has tried to avoid giving the impression of favouring any U.S. candidate, while hailing the populist Trump as being "very talented". Russian state TV coverage has tended to tilt towards Trump over Clinton.

"As regards these (email) batches, that is not our headache. We never poke our noses into others' affairs and we really don't like it when people try to poke their nose into ours," he said.

"The Americans needs to get to the bottom of what these emails are themselves and find out what it's all about."

Trump, who has repeatedly said he would strive for better U.S. relations with Russia if he won the presidency, also raised eyebrows by saying he would consider recognising Ukraine's Crimea as part of Russia, which annexed the region in 2014.

Peskov said the Kremlin was unmoved by that comment, and it would not change what he says has been its neutral stance on U.S. presidential candidates.

"We know perfectly well that candidates in the heat of a pre-election struggle say one thing, but that later, when under the weight of responsibility, their rhetoric becomes more balanced."

Analysts say the Kremlin would welcome a Trump victory in November because the billionaire has repeatedly praised Putin, spoken of wanting to get along with Russia, and has said he would consider an alliance with Moscow against Islamic State.

Trump's suggestion that he might abandon NATO's pledge to automatically defend all member states is also likely to have gone down well in Moscow, where the Western military alliance is cast as an outdated Cold War relic.