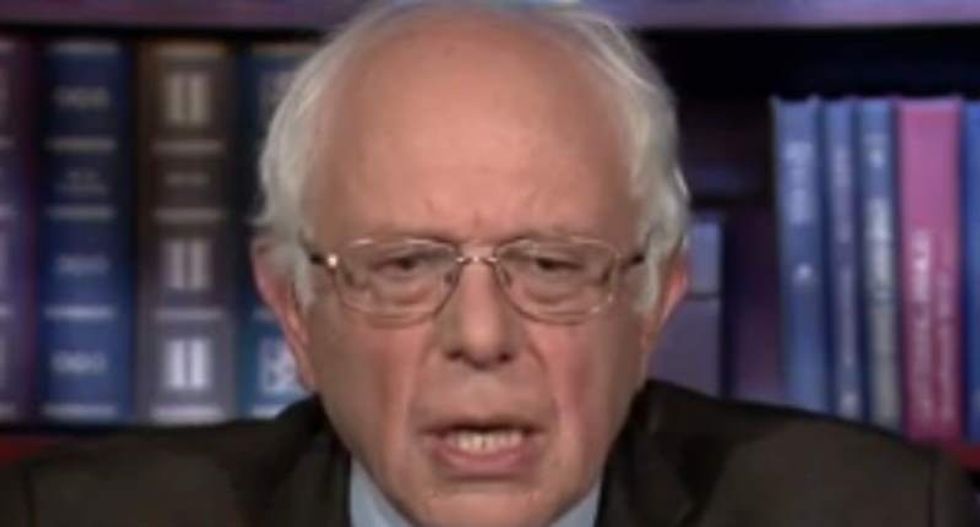 Sen. Bernie Sanders (I-VT) did not concede the Democratic party primary on Wednesday but he went further in acknowledging Hillary Clinton's lead than ever before in an interview with MSNBC host Chris Hayes.

Hayes mentioned that, even though Clinton won at the polls, the party's primary contained many nods to Sanders' policy goals, including opposition to the death penalty and a $15-per-hour minimum wage.

"Do you understand people looking at this and saying, 'Look, Hillary Clinton got more votes. At a certain point, there are going to be some policy differences between the two of you that she's not gonna come around on because if she did, then she would've run on them to begin with,'" Hayes said. "At some point, you have won your substantive victories."

"I got in the race obviously, to try to win, to become president," Sanders replied, before making reference to the site of next month's Democratic National Convention. "We're going to Philadelphia, and Hillary Clinton has more votes than I do. She is the presumptive nominee, and that is just basically the fact."

However, he did not deny a report by Hayes' colleague Andrea Mitchell that his campaign was negotiating with Clinton's regarding both a joint appearance and an endorsement on his part.

"At the end of the day, I feel there is gonna be a coming together," he said. "And we're gonna go forward together and not only defeat [Donald] Trump, but defeat him badly."

Sanders also acknowledged being booed by "a handful" of Democratic lawmakers at a recent meeting.

"You can boo me all you want -- I am going to continue to fight to make sure that we transform this country," he said. "That's what our campaign was about. That's what 13 million voters wanted to see happen.