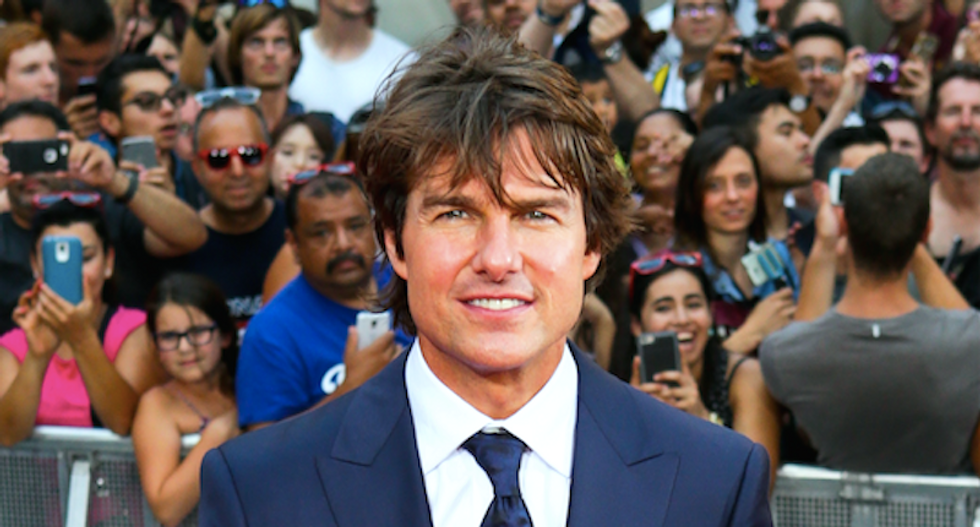 Church of Scientology head David Miscavige really didn't like the Daily Mail's allusions to a "bromance" between him and notorious Scientologist Tom Cruise.

After Leah Remini's book release, former members of Church of Scientology began coming out to express their own experiences to the Daily Mail. They gave details about the close friendship between Cruise and Miscavige. The story called Cruise “Scientology royalty,” claiming that the church worked hard to "impress" him. The two "gamble and smoke cigars together and share a special language – but Miscavige secretly recorded the movie star," the Daily Mail reported.

The former church members that came forward talked about secret video cameras that Miscavige allegedly installed to tape members of the church. Presumably, this meant all members, including Cruise. According to iMediaEthics, that's what Miscavige took issue with, insisting anyone being recorded knows that he or she is being recorded.

He filed a formal complaint with the Independent Press Standards Organisation, which regulates the press in the UK. The only problem is that the Daily Mail published the story from a US journalist about US events, and US journalism isn't regulated by anyone. It shouldn't fall under the IPSO’s purview, but that didn't stop them from issuing a kind of "ruling" on it anyway.

The Daily Mail told the IPSO that it stands by its sources and the claims made in the piece. Miscavige’s response, however, was "unpublishable," they told the IPSO, so instead they updated it, reflecting Miscavige's denial that hidden cameras were used to secretly record auditing sessions with Cruise "for his own personal entertainment." He also swore that he did not have a soccer field laser leveled out to impress David Beckham.

While the piece reflects the sentiment of Miscavige's denials, the IPSO wasn't satisfied, saying they didn't properly report the denials. “The Committee was unable to conclude that the steps taken prior to publication showed that Mail Online had taken care not to publish inaccurate, misleading or distorted information,” IPSO said, and required the site publish the disclaimer on their website.