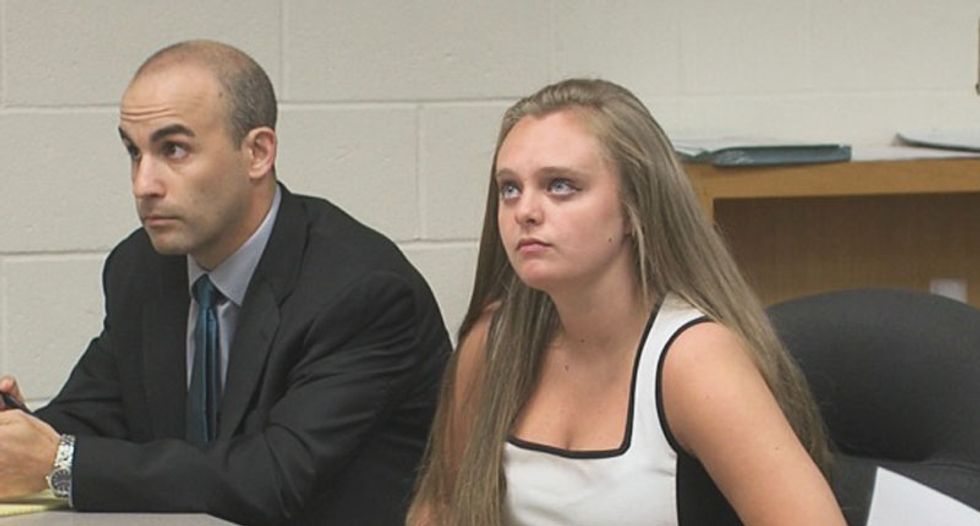 A Massachusetts teen who encouraged her boyfriend to commit suicide via text messages has been ordered to stand trial for involuntary manslaughter, reports WHDH.

On Friday, the Supreme Judicial Court ruled that a grand jury had probable cause to indict Michelle Carter, then 17, in the 2014 death of  her boyfriend Conrad Roy III, 18.

According to prosecutors, Carter sent her boyfriend dozens of text messages in 2014 encouraging him to take his own life, telling him to "get back in" a truck filled with carbon monoxide fumes.

Carter assured Roy that his death would not be a burden on his parents, texting him, "I thought you wanted to do this. The time is right and you're ready, you just need to do it!"  followed by, "You can't think about it. You just have to do it. You said you were gonna do it. Like I don't get why you aren't."

According Carter's family and attorneys, Roy's death was a suicide and not a homicide.

The grand jury unanimously disagreed, citing a "causal link" between the messages and teen's encouraging texts.

"In sum, we conclude that there was probable cause to show that the coercive quality of the defendant's verbal conduct overwhelmed whatever willpower the eighteen year old victim had to cope with his depression, and that but for the defendant's admonishments, pressure, and instructions, the victim would not have gotten back into the truck and poisoned himself to death," Justice Robert Cordy wrote for the court.

A court date has not been set.

Watch the video below via WHDH: