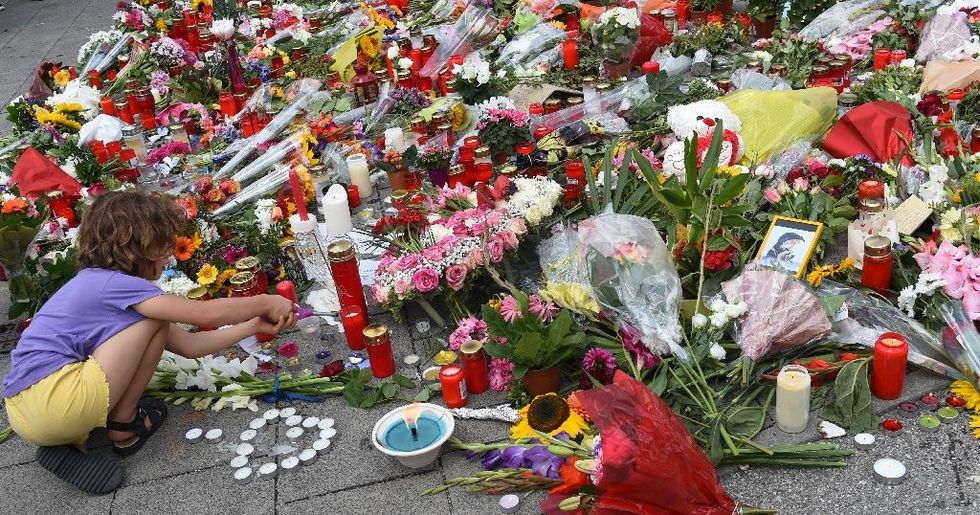 German police said on Sunday they had arrested a 16-year-old Afghan friend of the gunman who killed nine people in a rampage at a shopping centre in Munich.

"We suspect that this boy aged 16 years could have been aware of the act," police said in a statement following Friday's shooting spree after which the 18-year-old German-Iranian attacker, David Ali Sonboly, killed himself.

The arrest is the first in the investigation.

The teenager "handed himself in to police shortly after the killing spree and had been questioned on his relationship with the perpetrator," the statement added.

But officers had "uncovered contradictions in his statements" and he was now being held in custody for withholding information about a crime.

Police also said that the young Afghan may have posted on Facebook after the killings a similar message to the one the killer posted in an attempt to lure victims.

The suspected posting related to "a meeting in a cinema complex near to Munich central station", police added.

After Friday's killings, it emerged that Sonboly set up a fake Facebook account in May, stealing the profile of a real user and sending out invitations to lure people to a McDonald's restaurant.

There was no evidence, however, that any of the people who had interacted with Sonboly via the fake account had responded to the invitation in which he offered meals and drinks.