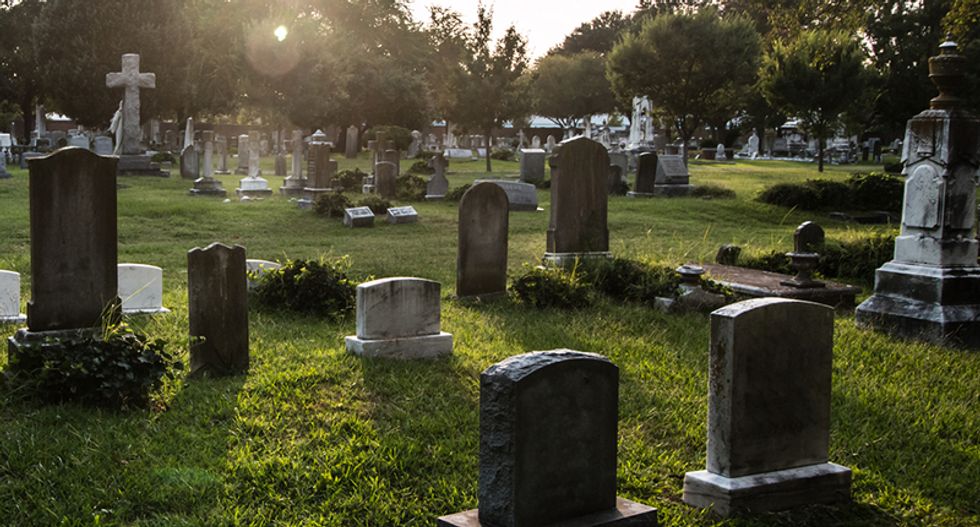 A Texas cemetery has agreed to end its segregationist policy of only burying white people after it was sued for discrimination by a woman who claimed the operators refused to bury her Hispanic husband, court papers showed on Monday.

The town of Normanna, population 113, about 75 miles southeast of San Antonio, Texas, has maintained two cemeteries for decades, one for Latinos and one for whites, according to court documents.

Dorothy Barrera, who is white and wanted to be buried next to her husband of 40 years, said the Normanna Cemetery Association refused to bury the cremated remains of Pedro Barrera, a Latino, in the San Domingo Cemetery.

The plaintiffs maintained that the century-old San Domingo Cemetery was a whites-only cemetery board that was enforcing after-death segregation.

According to the court documents, the cemetery board said it denied her request because "he's a Mexican" and told the widow to bury him "up the road" at the other cemetery "with the Mexicans."

Under a settlement reached through U.S. District Judge Nelva Gonzales Ramos in Corpus Christi, Texas, the "defendants are prohibited from refusing to bury an individual in the San Domingo Cemetery on the basis of race or national origin."

The defendants had previously admitted in court papers to refusing a request to bury Barrera in the cemetery but denied the decision had anything to do with race or ethnic origin.

"No Latinos are buried within the gates of the San Domingo Cemetery, which is enclosed with a chain-link fence," plaintiffs said in court papers, adding about half of the area's residents are Latino.

"(Segregated cemeteries) really are holdovers from another era in our state, and as the times change, local towns and cities need to change too," said attorney Marisa Bono with the Mexican American Legal Defense and Education Fund, which helped litigate the case for the plaintiffs.