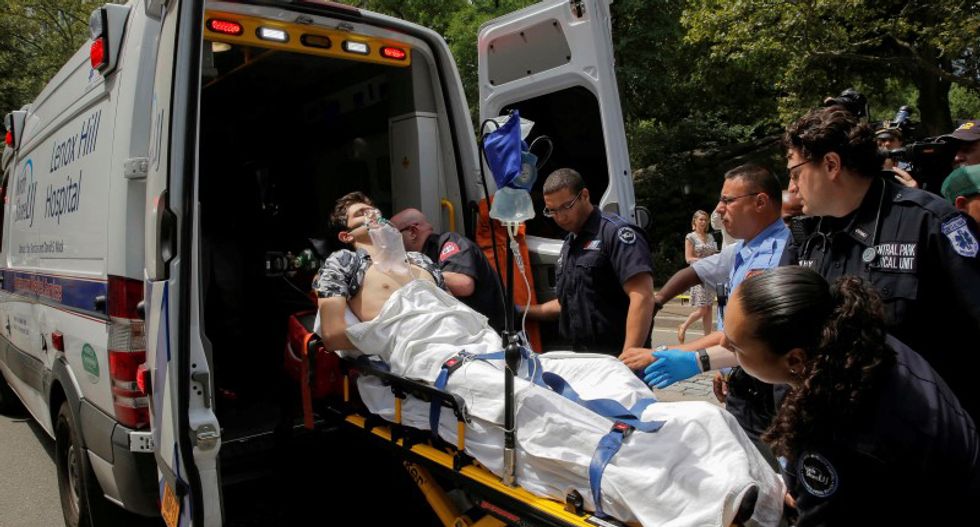 A man is loaded into an ambulance after he was injured after an explosion in Central Park, in Manhattan, New York, U.S. on July 3, 2016. REUTERS/Andrew Kelly

A 19-year-old tourist suffered a severe injury to his left foot in an explosion in Central Park on Sunday, said a spokesman for the New York Police Department, which was investigating the cause of the incident.

The teen was in the park with two friends, who had also traveled to New York, when the blast occurred just before 11 a.m. near East 61st Street and East Drive, the NYPD spokesman said.

"He stepped on a rock or some object and there was an explosion that followed," the spokesman said.

He was hospitalized in critical but stable condition.

Police said they were investigating whether the blast, occurring the day before the city's Fourth of July pyrotechnics show, involved a firework or some other kind of explosive.

No further information was immediately available.