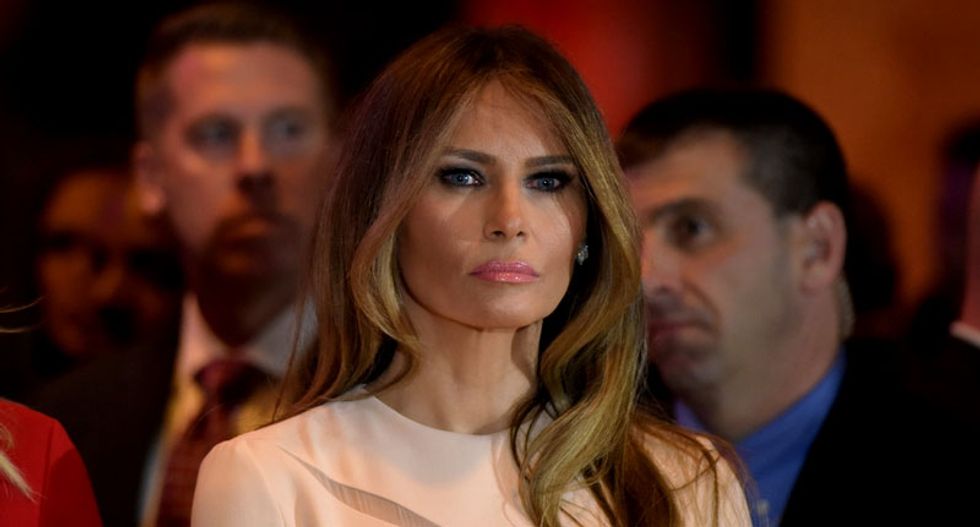 After 24 hours of confusion and the campaign's resistance to admit to plagiarism, it seems America finally has an answer from the Trump campaign confirming it was plagiarism and that a close friend might be responsible.

The New York Times reports Trump's son-in-law commissioned the speech from speechwriters Matthew Scully and John McConnell. But Ms. Trump rejected almost all of of it, and asked family friend Meredith McIver to help write her speech. McIver is a former ballet dancer and English major, and it is unclear how much she influenced the speech.

"When Ms. Trump and her staff had finished revising the speech, virtually all that remained from the original was an introduction and a passage that included the phrase 'a national campaign like no other,'" the New York Times reports.

MSNBC's Hallie Jackson found that the final version that speechwriters saw did not contain the content that was plagiarized from Obama.

On Wednesday afternoon, the Trump campaign released a statement from McIver calling the plagiarism an "innocent mistake."

"Over the phone, she read me some passages from Mrs. Obama’s speech as examples. I wrote them down and later included some of the phrasing in the draft that ultimately became the final speech. I did not check Mrs. Obama’s speeches," she said said in the statement. "This was my mistake, and I feel terrible for the chaos I have caused Melania and the Trumps, as well as to Mrs. Obama. No harm was meant.

"I apologize for the confusion and hysteria my mistake has caused," McIver added.