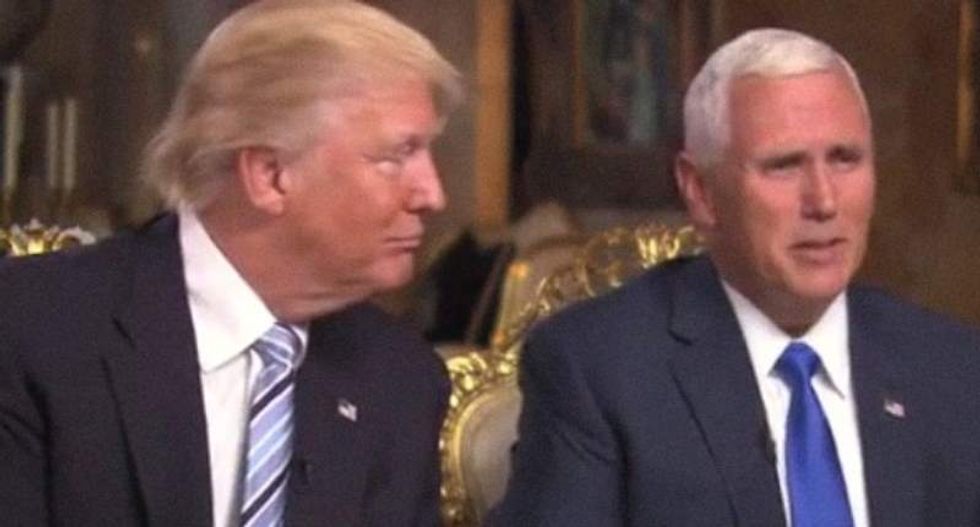 Indiana Gov. Mike Pence (R) not only had to be rescued from 60 Minutes' Leslie Stahl by Donald Trump during their interview on Sunday, but at one point Trump was seen steering Pence toward an answer regarding Sen. John McCain's (R-AZ) feud with the presumptive GOP presidential nominee.

"Do you think John McCain is not a hero because he was captured?" Stahl asked the governor, referring back to Trump's disparaging comments about the former Vietnam prisoner of war last July.

"I have a great deal of respect for John McCain," Pence said before Stahl cut in and motioned toward Trump while asking, "Do you think he went too far?"

Trump then takes over the question, saying, "Hey, look, I like John McCain. But we have to take care of our vets."

"What did you say?" Stahl then asks Pence. "Would you do something like that?"

"I promise you that when the circumstances arise where I have a difference on policy or on presentation, I can tell you in my heart, I know I would have no hesitation, were I privileged to be vice president, to walk into the president's office, close the door, and share my heart," Pence said. "And I also know this good man would listen, and has the leadership qualities to draw from the people around him."

Watch the exchange, which begins at the 12:33 mark of this video, below.