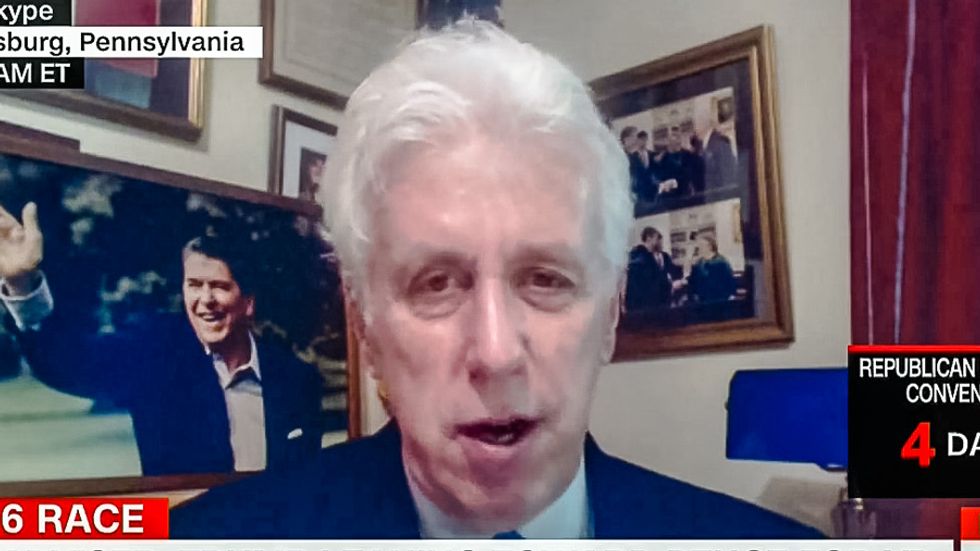 A supporter of Republican presidential candidate Donald Trump tried to criticize Michelle Obama's speech at the Democratic National Convention Monday night by bringing up the attacks on a consulate in Benghazi.

His comments were made as CNN commentator Paul Begala praised Obama for being a unifier.

"Mrs. Obama is a unifying figure and she... has focused on things we all agree on, that we all care about, especially those military families," Begala said. "So when she stands up and says I trust [Hillary] -- this person who is polarizing and partisan and a politician -- she says I trust this person with my children, it's really, really powerful."

"But you know, Pat Smith trusted her son to Mrs. Clinton's care in Benghazi and she didn't take care of him," Trump surrogate and CNN commentator Jeffery Lord interjected.

Pat Smith is the mother of State Department employee Sean Smith, who was killed in the Benghazi attack.

"How many consulates and embassies were attacked when Bush was president?" Begala asked Lord.

"Twenty," Begala said. "Sixty-six people were killed. How many congressional investigations? Zero. How many frontpage stories? Zero. This is exactly the kind of thing that makes me crazy. That was a terrible tragedy. It has been investigated.. she was cleared, even by the partisan House of Representatives."