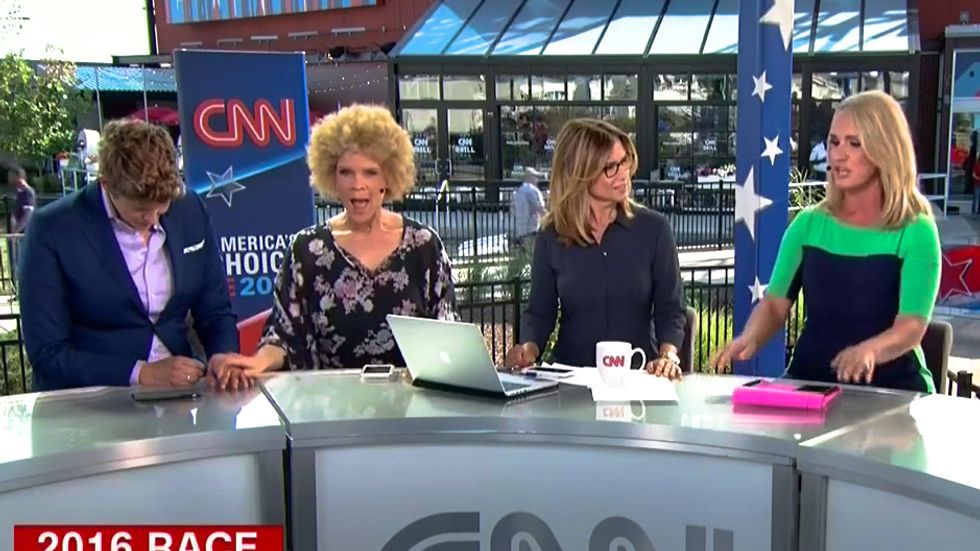 Donald Trump surrogate Scottie Nell Hughes lashed out at Democratic presidential nominee Hillary Clinton on Wednesday for failing to acknowledge that boys could grow up to be president after her historic nomination.

After Hillary Clinton became the first female nominee for president on Tuesday, Hughes argued on CNN the next morning that it was "sexist" for women to vote for Clinton "just because she's a woman."

"Hillary Clinton, when she was in that room of girls, said if you're a daughter or if you're a girl you could be president too," Hughes observed, "this would have been an excellent opportunity to say, 'You know what, whether you are a boy or a girl, both of you, my job will be to make sure it's equally an option for both of you.'"

"That's the problem," she continued. "We've continued to say we want equality, we want equal but we then tear down one group and tried to build up another. That's what I heard last night."

Hughes remarks were met with quizzical looks from the CNN panel.

"I think she was," Hughes insisted. "What about my son? Does my son from what she said -- your daughter can become one as well -- I immediately [thought] what about making it equal so both of them have the opportunity? Why is it that she's going to sit there and put favor on one?"

Cultural critic Michaela Angela Davis noted that "when you say girls are powerful, you're not saying boys are not."