Trump used $12,000 in charity money to buy himself a souvenir helmet autographed by Tim Tebow 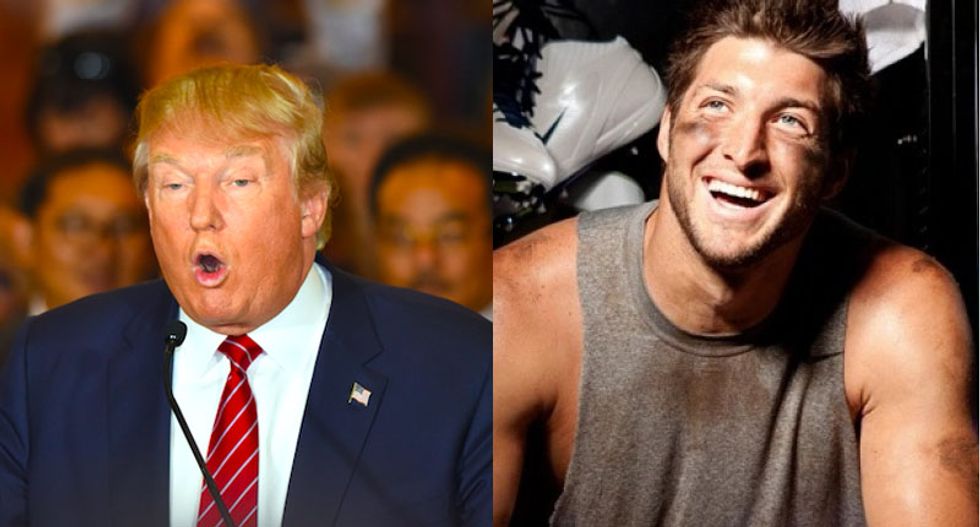 Presumptive GOP presidential nominee  Donald Trump -- already under attack for using charity money for lavish galas and not to help those in need -- may have run  afoul of IRS rules by buying himself a Tim Tebow-autographed helmet at an auction by using money from his Trump Foundation.

According to the Washington Post,  the New York businessman placed a $12,000 bid at a charity auction in Palm Beach four years ago that won him the Denver Broncos helmet personally signed by the former quarterback.

But when the time came to pay for helmet, auctioned off by the breast-cancer nonprofit Susan G. Komen organization, Trump sent a check drawn on his own non-profit, The Donald J. Trump Foundation.

According to the Komen Foundation, it was the only contribution they have ever received from Trump.

Trump auction's win was heralded in the Palm Beach Post, which noted, "The Donald giveth, and The Donald payeth," although that proved to not be entirely true.

According to experts in non-profit law, Trump could be in violation of IRS laws involving "self-dealing," if he kept the helmet for himself.

"That would be a classic violation of the prohibition on a charity being operated for the private inurement (benefit) of the charity's creator," explained Brett G. Kappel, an expert on tax-exempt organizations.

According to the Post, the  Trump Foundation does not appear to have offices of its own and is headquartered at Trump's business offices in New York.

A photo of Trump with his $12,000 helmet below, posted to Flickr by the Susan J. Komen Foundation below: 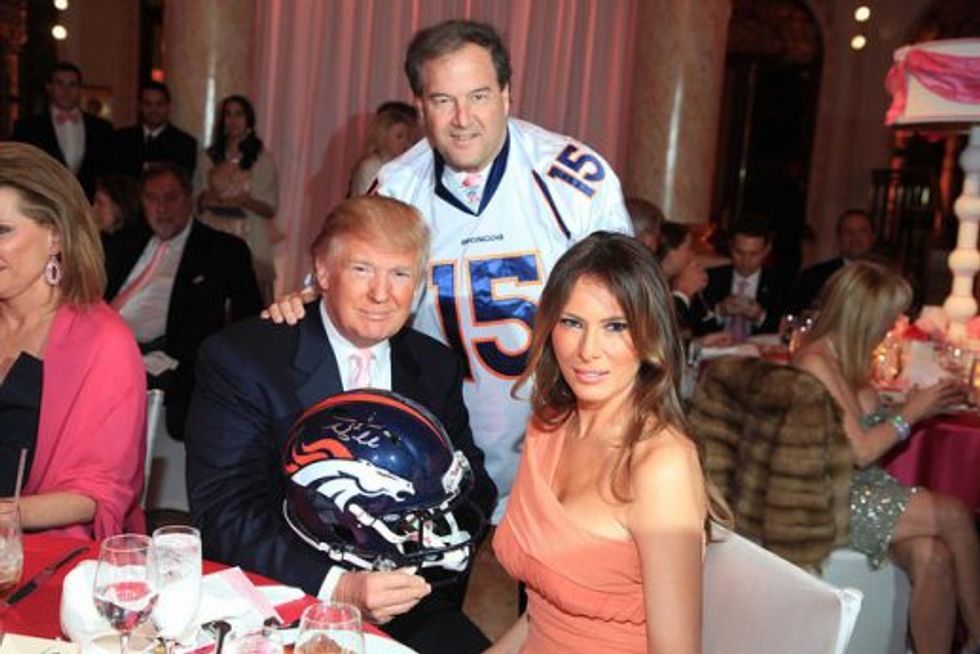