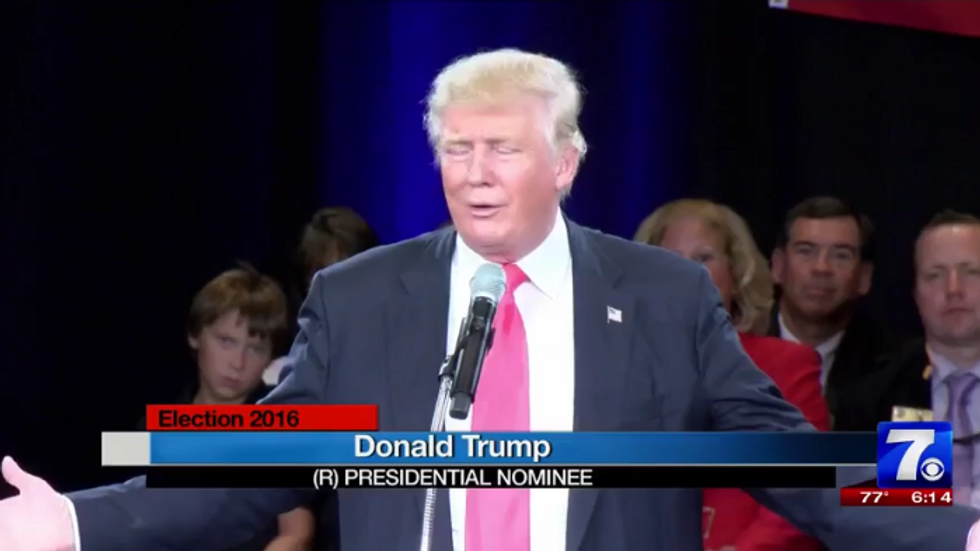 Trump talks during a campaign event at the Hotel Roanoke, where he complained about the air conditioning (Screen cap).

Republican presidential nominee Donald Trump is willing to pick fights with just about anyone -- particularly if it helps him get out of paying his bills.

During a campaign event on Monday at the Hotel Roanoke in Roanoke, Virginia, Trump complained about the air conditioning in the room where he was speaking and even threatened to not pay the hotel because he was so upset.

In particular, Trump predicted there would be a lot of news articles written about him threatening to withhold payments for the hotel because of his displeasure with the air conditioning, although he noted that wouldn't hurt his image among die-hard fans.

"The smart people say, 'Trump is smart,' and the other people say, 'Isn't that terrible," Trump told the crowd. "I think the ballroom and the people that own this hotel should be ashamed of themselves."

Local news station WDBJ7 reports that the hotel hit back at Trump by releasing a statement defending its air conditioning system.

"The Hotel Roanoke & Conference Center’s HVAC system was on and working properly throughout the event to provide a comfortable environment for all in attendance," the hotel said. "Temperatures in the mid to upper 90’s, doors opened for two hours to let hundreds of attendees enter and the ballroom filled to capacity did present a challenge, however, Hotel staff did everything possible to keep guests comfortable and accommodated, both inside and out."

Check out WDBJ7's video report on Trump's threat to stiff the hotel below.