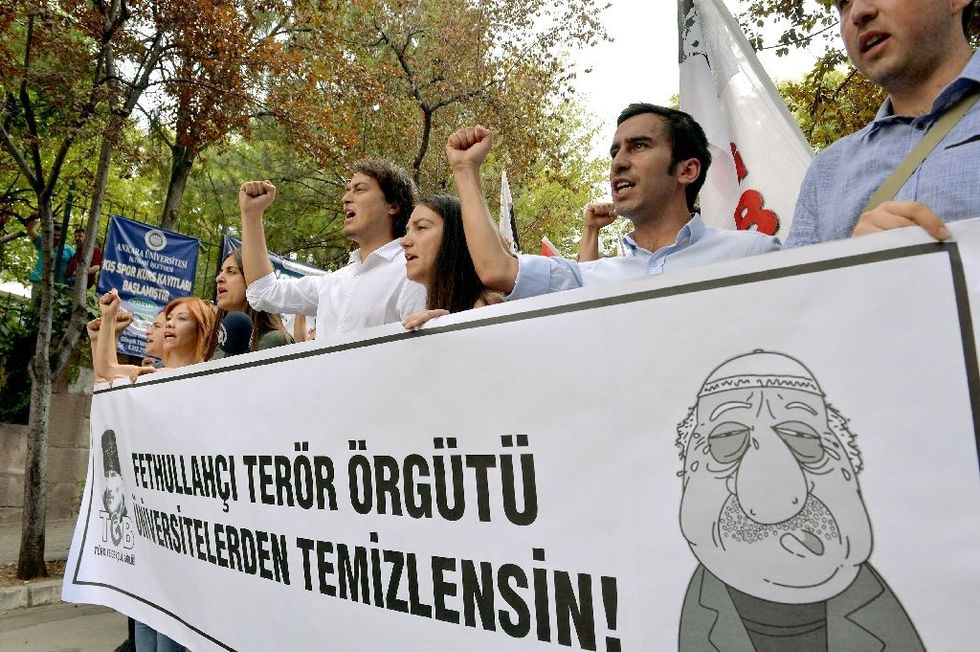 Turkey has detained a senior aide to the US-based cleric Fethullah Gulen whom it blames for the coup attempt aimed at ousting President Recep Tayyip Erdogan, an official said on Saturday.

Security forces detained Hails Hanci in the Black Sea province of Trabzon, the official said, describing Hanci as a "right-hand man" of Gulen and responsible for transferring funds to him.

Gulen denies being behind the failed coup.

The official said Hanci "apparently" entered the country two days before the attempted putsch that erupted late on July 15.

Separately, the official confirmed a report in the state-run Anadolu news agency that Turkey also detained the son-in-law of Akin Ozturk, a former air force chief already arrested as one of the key suspects.

Lieutenant colonel Hakan Karakus was detained in Ankara, it said.

Turkey had already Saturday detained one of Gulen's nephews.

Meanwhile, police also detained a female Turkish fighter pilot Kerime Kurmas in the region of Yalova south of Istanbul over alleged involvement in the coup, the Dogan news agency reported.

She is accused along with two male pilots who were also detained of flying seized F-16 jets over Istanbul on the night of the coup. Other Turkish media reports said she was the only female fighter pilot in the country.