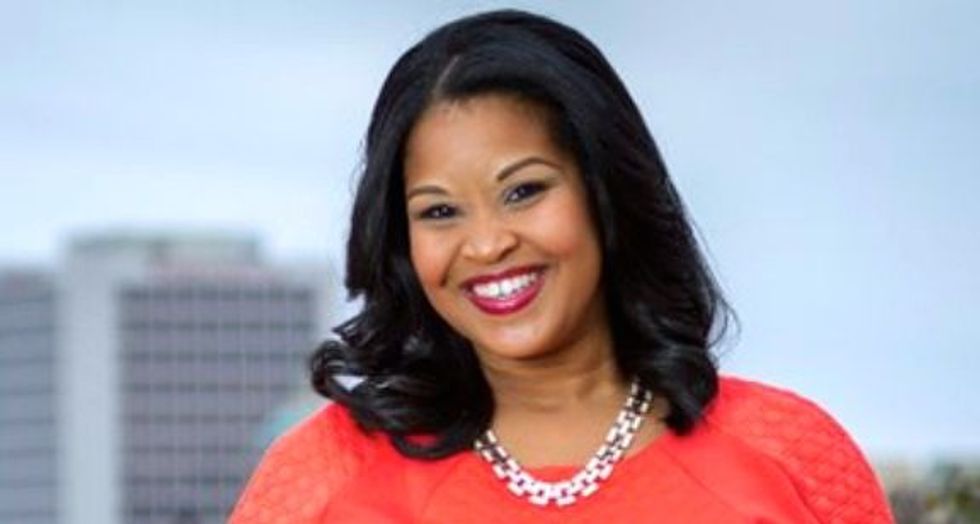 A television news anchor from Georgia fell 125 feet to her death in North Carolina after being swept over a waterfall, a spokeswoman for the U.S. Forest Service said on Monday.

Taylor Terrell died at Rainbow Falls in the Pisgah National Forest on Thursday. The next day would have been her 25th birthday, according to news station WMGT in Macon, where she worked.

She had been wading in the stream above the falls when she lost her footing, Forest Service spokeswoman Cathy Dowd said in a telephone interview.

The current carried Terrell downstream and over the falls, Dowd said.

A local man died on Saturday after jumping off the top of Elk River Falls in the same forest and falling 40 feet, Dowd said.

The Forest Service warned of the dangers of climbing on waterfalls or swimming near them.

"Sometimes people are just unaware of how strong that current actually is," Dowd said. "Even if you think you’re not that close to the edge of the falls, if you lose your balance and cannot get back up, you can put yourself in a very serious situation."

Terrell worked at WMGT as a news anchor and reporter after graduating from Georgia Southern University, the station said on its website.