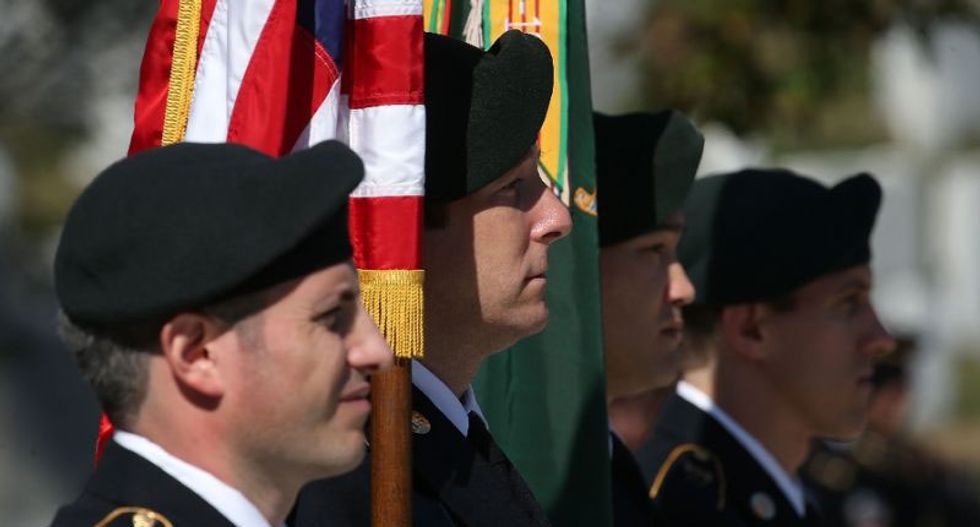 President Barack Obama declared in 2013 that all military combat positions should be open to women by 2016, including the Green Berets (AFP Photo/Mark Wilson)

Two women will soon be the first female soldiers to undergo training to become members of the Green Berets, the US Army's special forces, the military said Monday.

"They are the first two women who have been selected for special forces assessment" following the elimination of the ban on women in combat roles, said Major Melody Faulkenberry, a spokeswoman for the United States Army John F. Kennedy Special Warfare Center and School.

She did not give additional details about the candidates.

President Barack Obama's administration decided in 2013 that all combat positions should be open to women by 2016, including the infantry and special operations forces.

The Marines had requested some exemptions, but these were overruled by Defense Secretary Ashton Carter.

Two female Marines were assigned to frontline infantry roles in May, though it will take some time before they are placed in their new roles.

Rules stipulate that a female "leadership cadre" needs to be established in their units at least three months beforehand.

Although women warriors have frequently found themselves in combat situations in Iraq and Afghanistan, they had previously been barred from joining frontline combat roles.

Currently, women account for 15.6 percent of the 1.34 million active duty personnel in the Army, Marine Corps, Navy and Air Force.