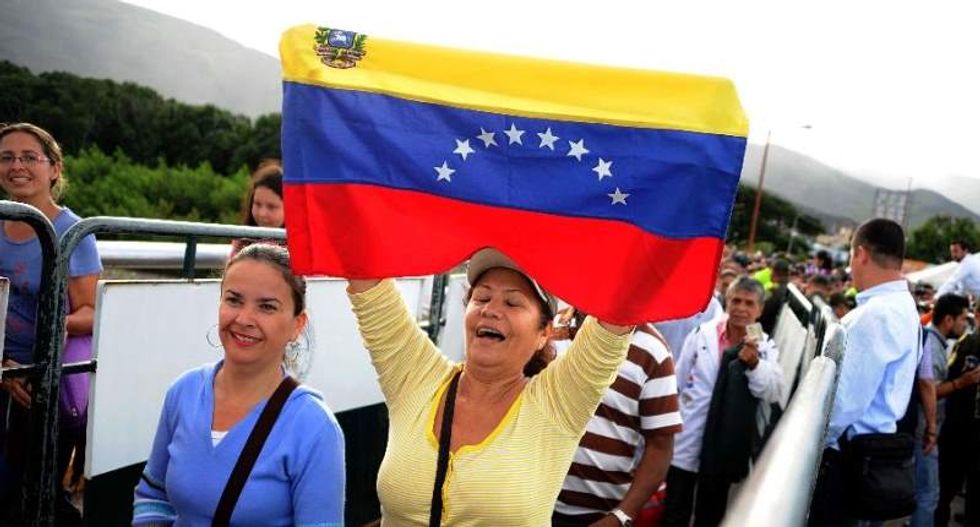 Tens of thousands of Venezuelans again streamed into the Colombian city of Cucuta, taking advantage of the temporary reopening of a long-closed border to buy food and medicine due to shortages at home.

Border crossings over two international bridges were opened in the early Sunday morning hours without restrictions, although identity cards were checked.

The authorities from the Venezuelan National Guard, police from both countries, and consular authorities were on hand to help control the flow of people, which surpassed 100,000 by Sunday afternoon, according to Colombian official estimates.

The influx has come during a freight truckers' strike that has lasted more than a month in Colombia, which heightened fears that shortages could hit major cities including Cucuta.

Maduro had ordered the border closing in August 2015 after an alleged Colombian paramilitary unit attacked a Venezuelan military patrol, wounding three people and raising tensions between the two governments.

Venezuela has suffered crippling shortages for months, a ripple effect from the falling price of oil, the country's primary export. Critics also blame grave mishandling of the state-led economy.

During a first brief border opening on July 10, an estimated 35,000 Venezuelans poured across a pedestrian bridge connecting the Venezuelan city of San Antonio del Tachira to the outskirts of Cucuta.