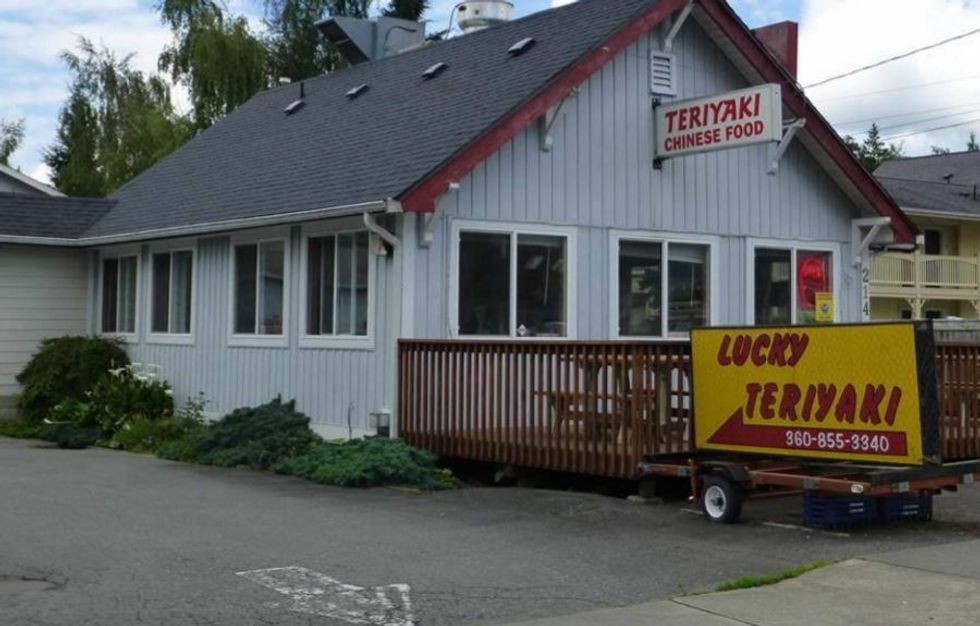 Restaurants with the rather generic name "Lucky Teriyaki" in Washington are bearing the brunt online after a misunderstanding caused by a language barrier prompted the Skagit County Sheriff's Office to post on their official Facebook page that the one in Sedro-Woolley wasn't welcoming police officers to eat there.

On Thursday, four Skagit County deputies stopped at the Sedro-Woolley restaurant to eat. When they were paying their bill, they say the owner told them they were no longer welcome there because they upset other customers. But after Skagit County Sheriff Will Reichardt called for a boycott of the business, a local television station, KIRO-TV, sent a reporter to the restaurant with a Mandarin interpreter to ask them about the incident.

It turned out the restaurant owner and his son had not understood what was being said to them and didn't intend to tell the officers that police weren't welcome there.

But it was too late.

The business has been deluged with angry messages and threats. And while the Skagit County sheriffs posted an update to Facebook saying the situation has been resolved, that hasn't stopped people from giving angry, negative reviews to any restaurant called "Lucky Teriyaki" in Washington state.

"I couldn't believe what your doing, if people don't like the police, then the people in your dump are the same kind of people who ought to find some other country to live in," wrote Ray Ginting on the review page for a Lucky Teriyaki restaurant in Everett, which is almost an hour away from Sedro-Woolley. "Who you gonna call if you get robbed ? Enough said - and i live 1,700 miles away. I think its time for some inspections, don't you."

Another man echoed the boycott call.

"Avoid this place at all cost," Ross Zanzucchi wrote. "The fact that you won't serve police officers is a total disgrace. Boycott this place and shut it down!"

Some tried to point out, to no avail, that it was the wrong business.

"You've got the wrong restaurant, Einstein," one man wrote.

The Lucky Teriyaki in Tacoma, which is 100 miles away from Sedro-Woolley, is also facing a backlash.

"Is there a way too give negative stars," wrote Paul C. on Yelp. "If I ever go back thru Tacoma, I will never give them my business. I hope that they are robbed and feel that need to call the police. ..hmm if I were part of the law enforcement in the Tacoma area of just tell them, well not not much we can do."

The Tacoma restaurant's Yelp rating has gone down after a deluge of one-star posts from people upset about the law enforcement issue that did not happen there.

Another unrelated restaurant with the same name in Seattle has also been blasted online.

"You are a disgrace to America," Dennis Gardner wrote on the Seattle store's Facebook review page. "The men and women in Blue should be respected for the job they do. Unlike you they have honor and if you need them they will be there to protect you."

As of Saturday, the Skagit County sheriff has not removed the original post, even though the department said later the situation was resolved.