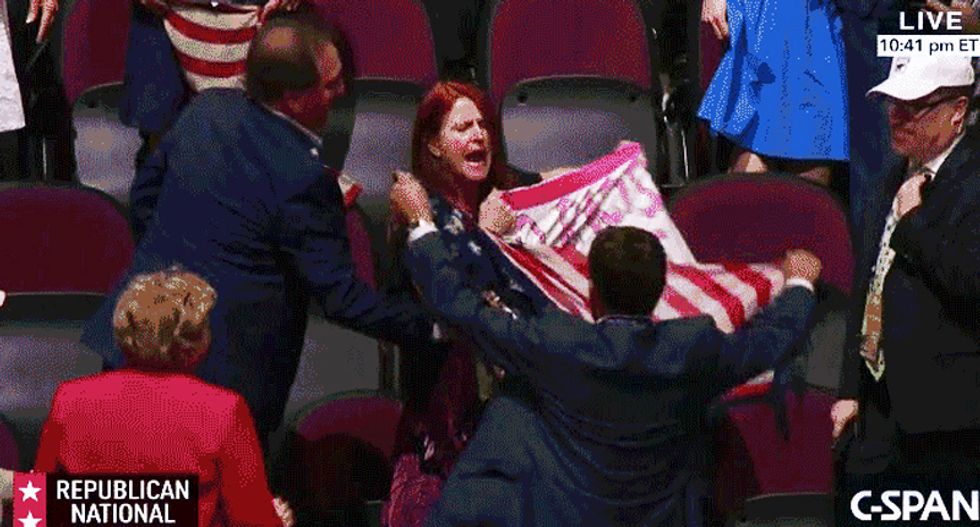 It's not a Donald Trump rally without someone getting tossed out, and Tuesday's vote at the Republican National Convention where Trump received the GOP presidential nomination was no exception.

During a speech by former brain surgeon Ben Carson,Code Pink co-founder Jodie Evans attempted to hold up a "No Racism. No Hatred” sign inside Quicken Loans Arena, only to be swarmed by security and Trump supporters.

Trump supporters were quick to jump in, with one older woman seen attempting to rip it from her hands. Others then surrounded her holding up American flags so that the her message, which they apparently found offensive, was not seen by CSPAN's cameras.

One Trump fan was seen throwing his flag over her face and pulling her head backwards as he attempted to topple her.

Evans was then escorted from the arena by security.