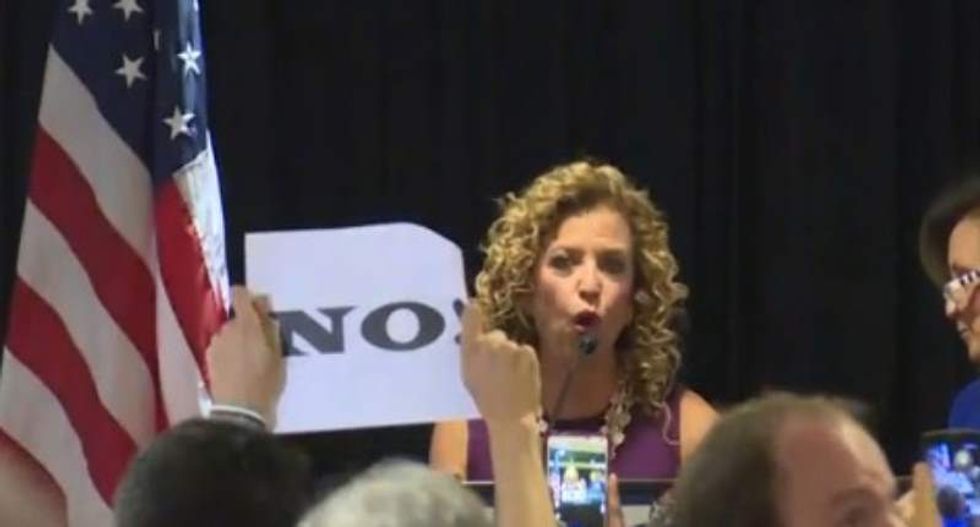 Soon-to-be-former DNC Chairwoman Debbie Wasserman Schultz made an appearance at a DNC delegate breakfast on Monday, where she was roundly booed by several supporters of Bernie Sanders.

As the embattled DNC chair took to the podium, people protesting her role in working against Bernie Sanders' presidential bid chanted, "Shame, shame!" while holding up signs that said things such as, "Thanks for the 'help' Debbie."

Wasserman Schultz tried to deliver a pro-unity stump speech by discussing issues such as gun control, but she was jeered by angry protesters throughout most of her talk. She finished up her talk and then left the stage to more boos.

Wasserman Schultz is scheduled to speak at the DNC on Monday, where she is also expected to receive even more boos from delegates.

Check out video clips of Wasserman Schultz being booed below.