WATCH: Maher panel goes off the rails after ex-GOP lawmaker insists no one is kept from voting 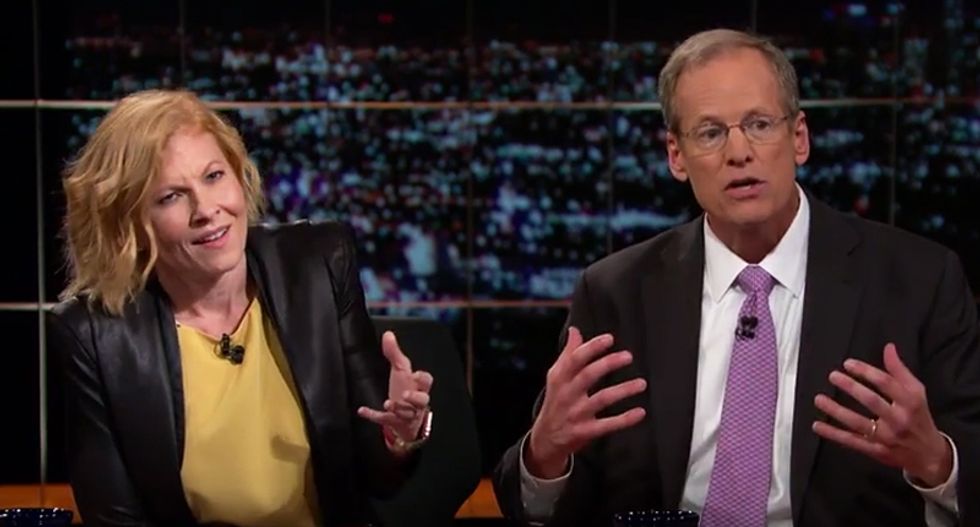 Discussing getting out the vote, Ferrera described how important it was to register first-time voters in minority communities early and then educate them. She then pointed out that laws that have put been in place in some states that make voting more difficult instead of easier, saying, "There is an active campaign against voter rights in this country."

Cox chimed in to say, "And you know who is making it harder? Its the Republicans," with host Maher adding, "Because that's how they win elections. They cheat."

Former Republican lawmaker Jack Kingston, dismissed their concerns about voting restrictions saying it is easy to vote and inferring voters were somehow dumb for not being able to figure it out.

Confronted with a laundry list of difficulties visited upon voters in Republican controlled states -- including long lines in Arizona's Maricopa County during the primary -- Kingston laughed them off, which rankled Ferrera who repeatedly called Kingston a liar.

"This is the lie and the lack of nuance that confuses people," Ferrera lectured the lawmaker. "Because it promotes the lie that Latinos and people of color don't show up because they're lazy and they don't show up."

Shaking her finger at Kingston, she ripped into him, proclaiming, "That is a lie! 'Don't show up.' Because they have minimum wage jobs, that they have to take a day off to travel 20 miles to get to the nearest government office to get an ID that cost more money!"