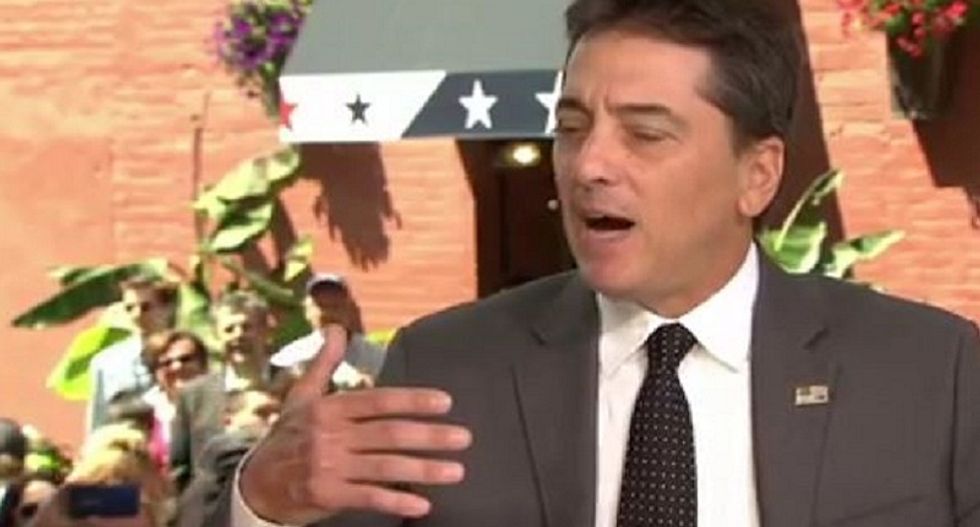 Now 55, Baio has found a new role in the public eye -- outspoken supporter of GOP presidential candidate Donald Trump. On Tuesday, MSNBC anchor Tamron Hall took Baio to task for giving an RNC convention speech talking about his Christian faith, which he claimed to have written while in church, and sexist images he has tweeted denigrating Trump's rival, Democrat Hillary Clinton, and First Lady Michelle Obama.

"You talk about religion coming back to this country and us having a moral barometer," Hall pressed.

Baio insisted he "just put it up there" then complained it was "not nice' of Hall to question his faith. Hall then criticized him for tweeting an unflattering image of Michelle Obama with the caption, "Wow. He wakes up to this every morning."

Hall then asked Baio why he blocked her from social media.