Bill Maher: Voters have a clear choice -- 'we have either I'm with her or 'I'm with stupid' 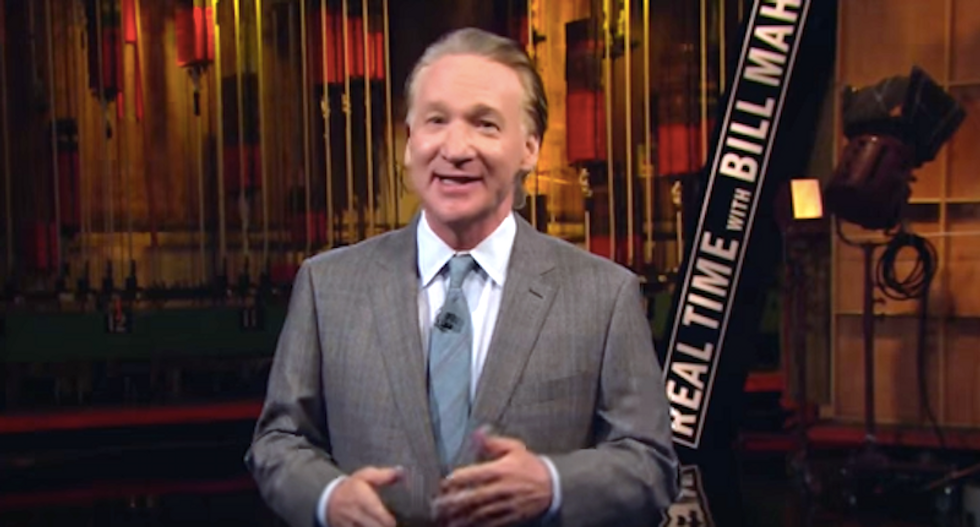 The "Real Time" host was impressed by Clinton's acceptance speech, but he said no one could judge exactly how good it was until Donald Trump weighed in on Twitter.

"Usually, they let the other guy have their convention, (but) not Donald Trump," Maher said. "He has been weighing in as this goes on. The first night he said there weren't enough flags, Democrats don't have enough flags on the stage, because Trump doesn't just love flags. He has amber waves of grain on his head."

Maher noted that President Barack Obama and the First Lady, Bill Clinton, Joe Biden and Michael Bloomberg all made passionate cases to elect Hillary Clinton as the first woman president, while Trump was endorsed by Russia.

Trump walked back his invitation for Russia to hack into Clinton's emails, saying he was just being sarcastic.

"Sarcastic," Maher repeated. "It flew over everybody's head. Jesus Christ, it's like Oscar Wilde is running for president, ladies and gentlemen. Let me make a suggestion to you, Don. Next time you want to be sarcastic, use air quotes, instead of that stupid hand gesture you're always making."

Maher held his left hand up like a tiny pistol, like Trump does when he's speaking, and sashayed around.

"What is this f*cking thing he's always doing, every time he opens his mouth?" Maher said, jabbing his tiny "pistol" around in the air. "What is that, the 'Real Housewives of New York' gesture?"

Maher said the differences between the two candidates were pretty clear.