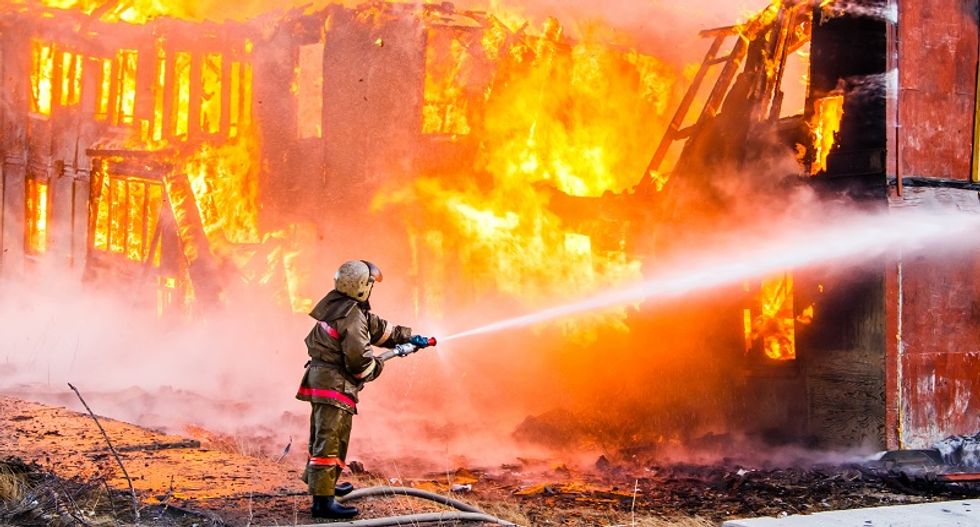 Several destructive wildfires were raging across the Southwestern United States on Saturday, after consuming dozens of homes and forcing evacuations.

Firefighters have gained the upper hand on a blaze burning in the sparsely populated and wooded community of Timberon, New Mexico.

That wildfire, which officials said was in the "mop-up stage" and had charred roughly 270 acres, destroyed 44 homes and damaged or demolished an additional two dozen structures since it was sparked on Wednesday, according to fire information website InciWeb.

Investigators have not yet determined what caused the blaze, according to InciWeb.

Firefighters to the north in Colorado were facing a so-called red flag warning of low humidity and wind gusts of up to 30 miles per hour (48 kph) as they struggled to contain the 16,200 acre Hayden Pass Fire.

Fire team spokesman Jose Acosta said residents of about 140 homes were forced to flee the flames in Fremont County, which is about 65 miles (105 km) southwest of Colorado Springs. As of Saturday, fire personnel had carved out containment lines around only 5 percent of the inferno, and Acosta said it could take until Oct. 1 for the wildfire to be fully contained.

To the southwest, in Arizona, firefighters aimed to keep the 3,700-acre Fuller Fire from reaching a highway that serves as a crucial artery in and out of the Grand Canyon National Park's North Rim.

Low humidity and strong winds also plagued the 430 fire personnel battling that blaze, which broke out after a lightning strike on June 29, according to InciWeb. Firefighters on Saturday focused on keeping the flames to the east of State Route Highway 67, InciWeb said.