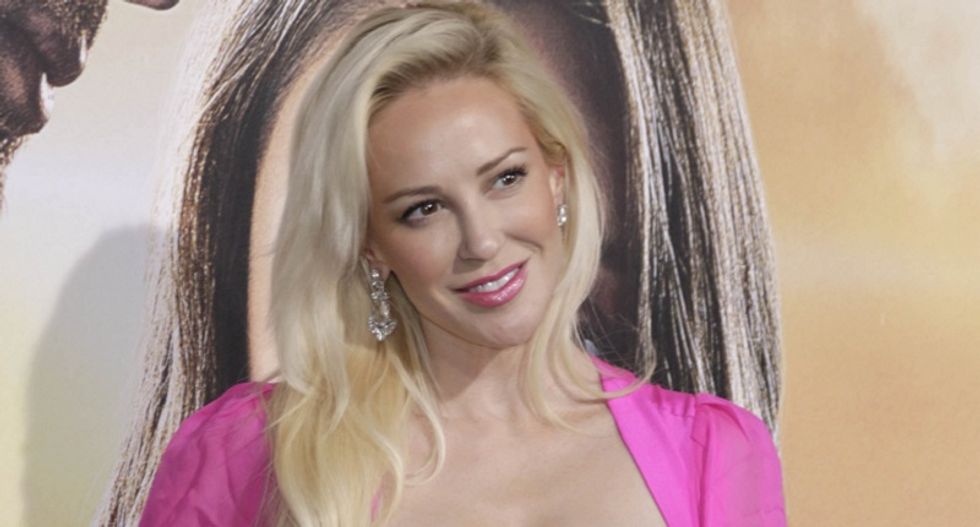 The Zambian embassy in London has taken the unusual step of debunking a memoir written by a white Scottish actress that portrays the country as "savage" and war-torn, according to Jezebel.

The book, In Congo’s Shadow, by Louise Linton, has been deemed so offensive and factually inaccurate that it has been pulled from book shelves. Now, Abigail Chaponda, first secretary of press at the High Commission of Zambia in London, has released a statement further condemning it as irresponsible and backwards.

"The overwhelming condemnation of her falsified memoirs by both Zambians and friends of Zambia worldwide attests to the fact that many have seen through her intentions to tarnish the image of a very friendly and peaceful country," the statement reads. “We join many others who have taken time to condemn the stereotyping of Africa and Zambia as a backward country in a jungle, thinking which is not of the 21st century.”

Chaponda also blasted Linton for publishing photographs and names of children who have been diagnosed with HIV or AIDS.

“Those who work in the area of HIV and Aids understand the need to respect the confidentiality of the people they work with,” the statement reads. “Clearly Ms Linton does not seem to take this into consideration nor does she seem to understand that freedom of expression comes with responsibility.”

The book purports to describe a "gap year" Linton took, volunteering in Zambia, a country that borders the Democratic Republic of the Congo to the south. The country has experienced economic growth and political stability, and is not at war. Africans took to social media to blast the book for portraying the country as an outdated stereotype.

Ugh. Do people still think we don't have internet in Africa? In the 'jungle'. That we'll never read what they write about us. #LintonLies
— Sithe Ncube (@Sithe Ncube)1467629970.0

Some of the book's passages, which people found particularly offensive, include a phrase in which Linton describes herself with "angel hair."

As the night ticked interminably by, I tried not to think what the rebels would do to the ‘skinny white muzungu with long angel hair’ if they found me. Clenching my jaw to stop my teeth chattering, I squeezed my eyes shut and reminded myself how I’d come to be a central character in this horror story.

Linton also claimed to have befriended a child she called Zimba, including this passage:

I try to remember a smiling gap-toothed child with HIV whose greatest joy was to sit on my lap and drink from a bottle of Coca-Cola. Zimba taught me many beautiful words but the one I like the most is Nsansa. Happiness.

Referendum for Bill Of Angelic Right to Expose HIV status of African Children you Encounter during Gap Year.
— Zimba (@Zimba)1467726234.0

@LittleZimba can you confirm forest rebels gave you that coke as payment to lure the English girl into a life threatening situation?
— Yes Please (@Yes Please)1467798686.0

Linton’s story has been debunked, as Zambia didn't have active fighting as a result of violence in its neighbor country.

“I have spent most of my life living on the shores of Lake Tanganyika and we are the closest lodge to the DRC [Democratic Republic of Congo] border – 20kms away," Craig Zytkow, who works at the lodge where Linton stayed in Zambia, told the Scotsman. “Nothing like what she describes ever happened here.”

Linton has shut down her social media accounts after issuing an apology of sorts, writing, “I mistakenly thought I could inspire readers by sharing my memories of my time in Africa. The sad truth is that my intent behind the book was to share an empathetic attitude but the result was the exact opposite."