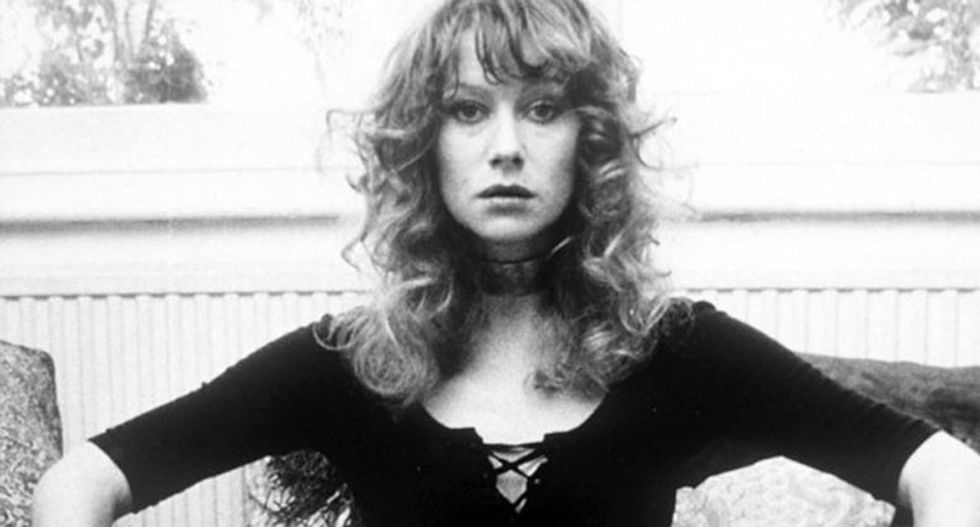 In 1975, up-and-coming theater actress Helen Mirren was interviewed by Michael Parkinson, the host of a popular British “chat show.” What should have been a conversation focused on Mirren’s career—her upcoming turn in a production of Macbeth; her membership in the Royal Shakespeare Company; her expanding resume—was instead turned into a confrontation with Parkinson’s unabashed sexism. The good news is, Mirren was having none of it. In footage that’s been making the viral rounds in recent days, it’s clear that even then, the young actress could hold her own against chauvinists of the highest order.

It starts right out the gate. In his introduction of Mirren, Parkinson rattles off a bunch of sexist (and fairly ludicrous) phrases used by others to describe Mirren. “Sex queen,” “amorous boa constrictor,” “especially telling in projecting sluttish eroticism.”

The sit-down is a bit taut from the moment Mirren sits down. When she answers that she’s neither flattered nor put upon by those descriptors, Parkinson asks if she agrees with those assessments. He interrupts her answer to state, “I think they’re right.”

But the most odd and infuriating exchange happens when Parkinson introduces a thought thusly: “You are, in quotes, a 'serious actress.'”

“In quotes?” Mirren asks, a bit taken aback. “What do you mean 'in quotes?' How dare you?”

Parkinson suggests that he meant the phrase is a bit of a cliche, “as opposed to an unserious actress.”

“Do you find it to be fact that, what could be best described as your 'equipment,' in fact, hinders you in that pursuit?” Parkinson goes on to ask.

Mirren, admirably, tells Parkinson to “explain what you mean by my 'equipment' in great detail.”

“You mean my fingers?” Mirren says, feigning ignorance, to get the host to just say what he means.

After he acknowledges that he's referring to her “figure”—Mirren attacks his logic.

“Because serious actresses can’t have big bosoms, is that what you mean?”

“Well, I think it might detract from the performance, if you know what I mean.”

“Really? Ugh. I can’t think that would necessarily be true. I mean, what a crummy performance if people are obsessed with the size of your bosom or anything else. I would hope that the performance and the play and the living relationship between all the people on the stage and all the people in the audience would overcome such boring questions, really.”

That swatting should've done the trick, but Parkinson asks many more ridiculous, irrelevant questions he would never pose to a man. The interview, which had some notoriety even before it began making frequent appearances on social media as of late, still raises Mirren’s ire. She spoke about it in a 2011 interview with the UK’s Telegraph.

“Outrageous!” she said of the scene. “That’s the first talk show I’d ever done. I was terrified. I watched it and I actually thought, bloody hell! I did really well. I was so young and inexperienced. And he was such a f**king sexist old fart. He was. He denies it to this day that it was sexist, but of course he was.”

Check out the interview, in all its piggish, misogynist glory, below: