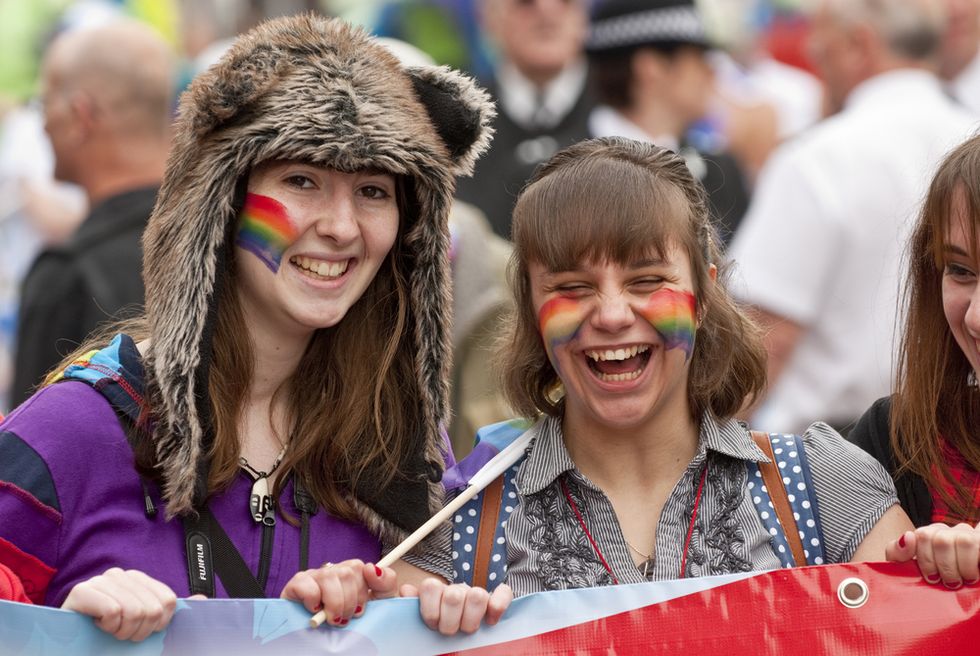 Teens in the U.S. who identify as gay, lesbian or bisexual are three times more likely to be raped than their heterosexual peers. They are significantly more likely to be the victims of violence, to suffer from depression and to engage in risky behaviors like drug use.

The Associated Press reported Friday on the "heartbreaking" numbers uncovered by the first-ever national survey of LGB teens. The study was conducted by the CDC as part of its biennial Youth Risk Behavior Survey. For the first time, this year's survey included sexual identity as part of its inquiry into national adolescent health.

The survey -- which is considered the gold standard with regards to gauging the health of American teens -- found that approximately 8 percent of teens identify as gay, lesbian or bisexual, around 1.3 million students nationwide. This year's survey did not include an option for students to identify as transgender, but that may be included on future surveys, the CDC said.

These teens are three times more likely to experience rape and twice as likely as their heterosexual peers to be threatened or injured by a weapon on school grounds. These students have a higher rate of truancy, many saying they skip school because they don't feel safe there.

According to the Times, "More than 40 percent of these students reported that they had seriously considered suicide, and 29 percent had made attempts to do so in the year before they took the survey. The percentage of those who used illegal drugs was many times greater than their heterosexual peers. While 1.3 percent of straight students said they had used heroin, for example, 6 percent of the gay, lesbian and bisexual students reported having done so."

Dr. Mermin said, "Nations are judged by the health and well-being of their children. Many would find these levels of physical and sexual violence unacceptable and something we should act on quickly.”

The AP said that other findings include:

—Nearly 1 in 5 of the gay, lesbian and bisexual students said they'd been raped at some point in their lives, compared to 1 in 20 heterosexual students.

—Nearly 1 in 5 who had gone out with someone in the past year said their date had hit them, slammed them against a wall, or committed some other form of physical violence. That was more than twice what straight kids reported.

—About 1 in 3 said they had been bullied at school, while 1 in 5 straight kids had.

—More than 1 in 10 said they'd missed school the past month because of safety concerns. Less than 1 in 20 heterosexual kids reported that.

—More than 1 in 4 said they has attempted suicide in the previous 12 months. In contrast, about 1 in 16 straight kids reported recent suicide attempts.