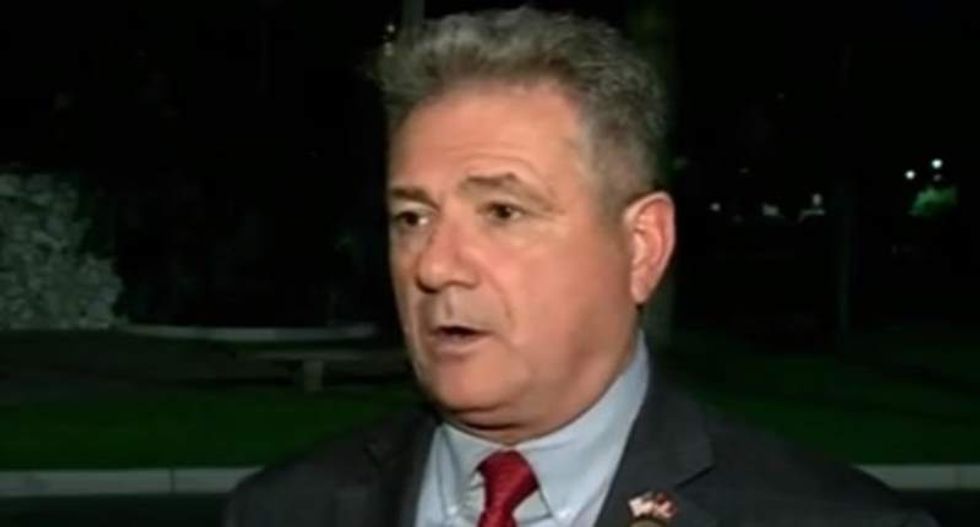 The personal animosity emanating from a Republican primary in Arizona was brought to light after state Rep. Rep. Sonny Borrelli (R) was caught on tape berating his opponent's supporters.

The recording, published by the Arizona Capitol Times, captures Borelli insulting voters backing ex-state Sen. Ron Gould (R), who is running against him to be the GOP candidate for the state Senate's fifth legislative district.

"If these ignorant, c*cksucking idiots want to vote for that f*cking phony, lying piece of sh*t, they can get what they deserve," Borelli can be heard telling businessman Ed McInerney. "Another f*cking senator, a senator that did absolutely nothing for this district except piss everybody off in Phoenix, to include the f*cking governor. And now how is he going to act when he goes back to Phoenix with a f*cking governor that he’s already called a f*cking RINO and a liberal?"

Borrelli confirmed making the outburst, but said he was only insulting "specific voters" McInerney mentioned during the conversation. McInerney told the Times he called the lawmaker to discuss his belief that Borelli was helping to spread rumors about his wife, Cori Merryman, who is currently running to be sheriff of Mohave County.

Merryman's opponent, Steve Robinson, had reportedly been urging his supporters to vote for Borelli in his own race, Borelli said, so his outburst was in response to Gould voters voting for him because of Robinson's actions.

"Did I use colorful language against people that want to believe Ron Gould's lies? Yeah, I used colorful language," said Borelli. "It's no secret that I've lost all total respect for Mr. Gould [for] calling me names in the paper, implying that my stepson's a liar."

The remarks were an allusion to Borelli's 2001 conviction on domestic violence. But according to the Times, Borelli also questioned his stepson's account of the incident, saying in a radio interview two years ago that his stepson was "repeating what his mother was saying."

Listen to Borelli's rant, as posted online, below.