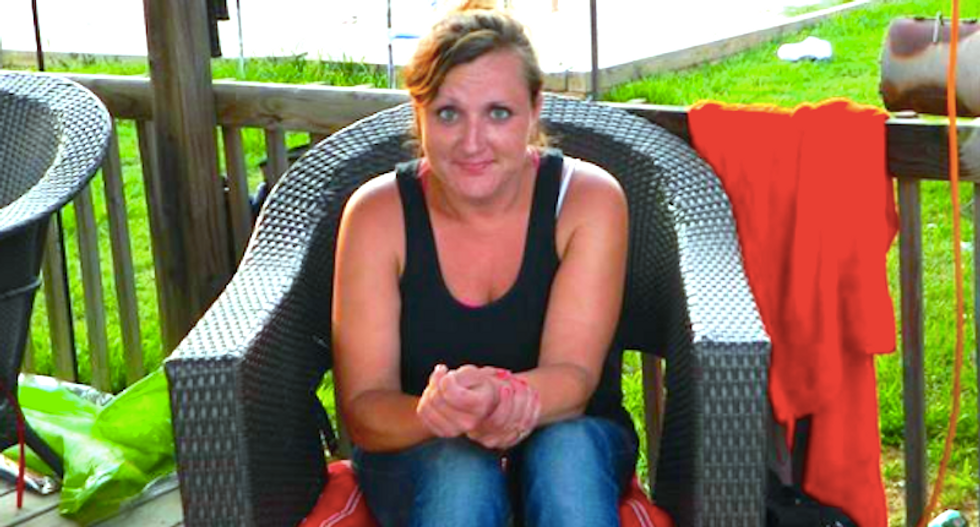 An Arkansas woman says she's been jailed seven times -- including as recently as last month -- over a bounced check for $28.93 by a judge who operates a so-called "debtor's prison."

Nikki Petree, who is now unemployed and cares for her ailing father, was released last week after spending 35 days in jail related to the check she accidentally bounced years ago, reported the Huffington Post.

Petree is part of a class-action suit filed by the American Civil Liberties Union against Judge Milas “Butch” Hale, who is accused of trapping poor defendants in a "never-ending cycle of expanding debt" while heading the Sherwood District Court's “hot checks division.”

The 40-year-old Petree said she was unfamiliar with direct deposit when she wrote the check, which cleared before her paycheck was deposited into her account.

She has since paid hundreds of dollars in fines and fees since then -- without ever being asked if she could pay and after she was given no options for punishment -- and has been arrested at least seven times over the bounced check.

Petree said the situation made her afraid to leave her house.

"It got to the point where I couldn’t go nowhere," she said. "I’d have to look over my shoulder all the time, just worried that I was going to end up in jail over this."

She said Hale continually imposed fines, court costs and jail time while ignoring her pleas for some other way to repay her debt to society.

"I offered community service, I offered weekends in jail, but before I could even get those two sentences out of my mouth, he sentenced me to 90 days in county jail, and he didn’t want to hear nothing from me," Petree said.

She asked to serve her sentence on weekends or agree to ankle monitoring, but Hale said no.

"They pin you in a corner, almost, especially for a person like me who has limited means," Petree said. "They let me out for $100, and then tack $700 more dollars onto the fine I already can’t afford to pay? They cornered me, and there was no way out from underneath it."

As her debts piled up, Petree felt "overwhelmed and hopeless" -- and so she started skipping court dates, which only added to her burden.

The lawsuit claims Petree and other defendants unknowingly signed away their right to an attorney before being allowed into the courtroom, and the proceedings are held in secrecy.

The city has raised $2.3 million from fines and forfeitures issued in Hale’s court, reported the Associated Press -- which accounts for 12 percent of the city’s budget.

Hale insisted he'd done nothing wrong, claiming he helped defendants set up a payment plan and jailed them only when they failed at least three times to comply with court orders.