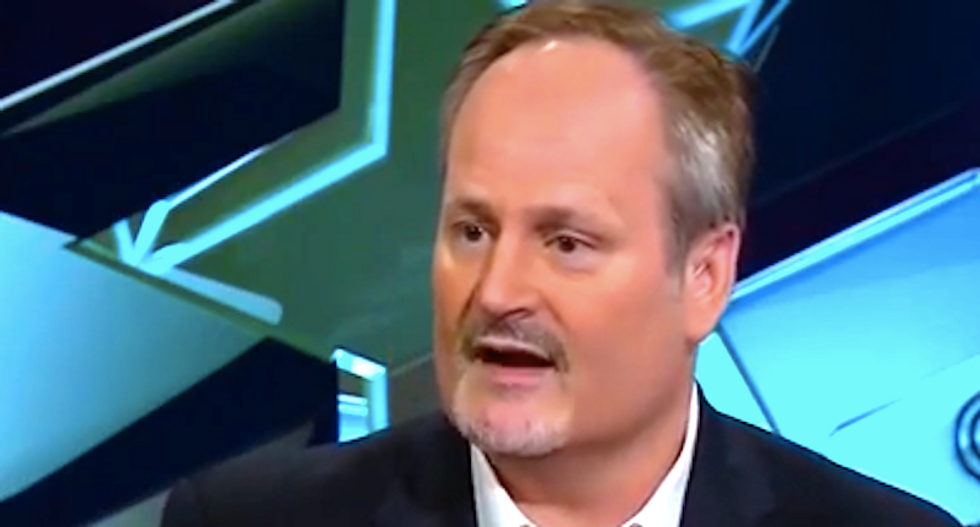 Donald Trump's unreleased tax returns are a lot like his hair -- an elaborately constructed façade that covers over the embarrassing truth.

Timothy O'Brien, who interviewed the real estate developer and reality TV star while researching his 2004 book, "TrumpNation: The Art of Being The Donald," appeared Wednesday morning on CNN, where he explained what he found after the titular subject of that book sued him for libel.

"During the course of that litigation, my lawyers deposed him about his taxes and we got his tax returns," O'Brien said. "I think there's very practical things in those documents that Trump doesn't want to produce because they're going to undermine a whole series of claims and remarks he's made on the campaign trail over the last year."

O'Brien is prohibited from discussing specifics about Trump's wealth under terms of the lawsuit settlement, but Trump was repeatedly called out during a two-day deposition for exaggerating his wealth -- which the author set at $250 million.

"Obviously, (the tax returns) won't get at his net worth, but it will show his income, and income is one pillar of how much money someone's actually making, obviously, and how robust their business is," O'Brien said. "I think he might have hesitations revealing that. He's repeatedly on the campaign trail described himself as a generous philanthropist, as a very big backer of that, so there's very little public information available that shows that he's actually been a philanthropist. Certainly (in) New York, he's not known as a major philanthropist."

The tax returns could also undercut his arguments against illegal immigration and globalization, said O'Brien, a contributing editor for Bloomberg View.

"He's also spent a large portion of his time on the campaign trail criticizing American companies for operating overseas at the expense of the American worker," O'Brien said. "We know he sources a lot of his clothing overseas, he hires workers for his hotels and resorts from overseas, (and) the tax returns could reveal some of that."

But there's more to Trump's tax returns than revealing the lies he's whipped up on the campaign trail, O'Brien said.

"I think, at the end of the day, what the really crucial thing is, he's running for the highest office in the land, he's running to be one of the most powerful people in the world, and the taxes would show what kind of financial issues and pressure would come to bear on him in the office," he said. "That's the reason historically that presidents have revealed and released their taxes."