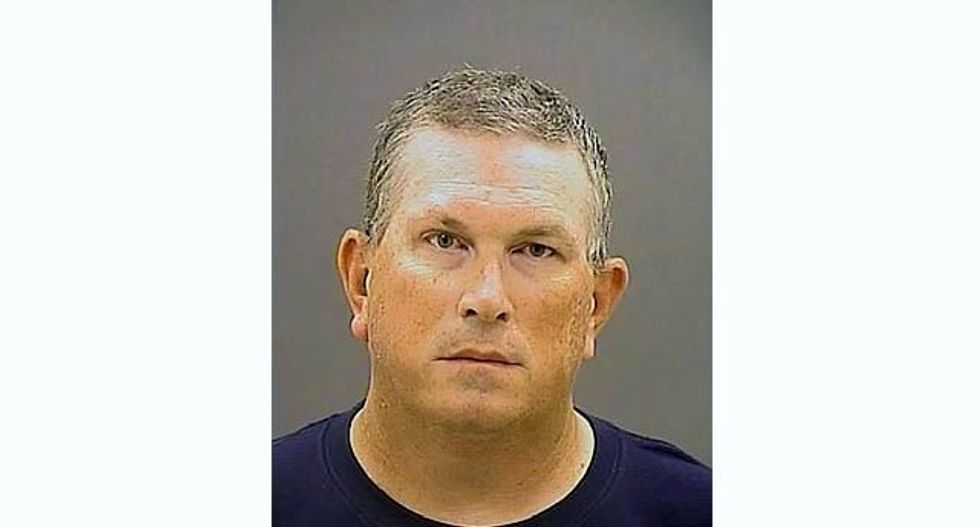 A Maryland jury convicted a Baltimore police officer on Thursday of first-degree assault in the 2014 shooting of an unarmed and already subdued burglary suspect, a court spokeswoman said.

Cagle, 46, was also found guilty of a weapons charge. The conviction comes as the United States is roiled by a debate on police use of force, especially against African-Americans.

Attempts to reach Cagle's lawyers for comment were unsuccessful.

Cagle was among four officers who responded to a report of a burglary at a store in December 2014. Two officers came upon Johansen, the suspected burglar, as he was leaving the building, according to a charging document.

They ordered Johansen, who is white, to show his hands, and shot him when he reached toward his waist.

As Johansen was lying on the ground and the other officers were covering him with their pistols, Cagle approached him and shot him in the groin after an exchange of words, the document said.

The Baltimore Sun newspaper said Johansen testified that he spent five weeks in the hospital and had his spleen and a kidney removed.

According to the Sun, Cagle was the first city officer to be charged in an on-duty shooting since 2008. Sentencing is set for Nov. 18.

Police tactics are a heightened issue in Baltimore because of the death of black detainee Freddie Gray last year. Prosecutors failed to get convictions against four officers accused in his death, and the remaining charges were dropped last week.