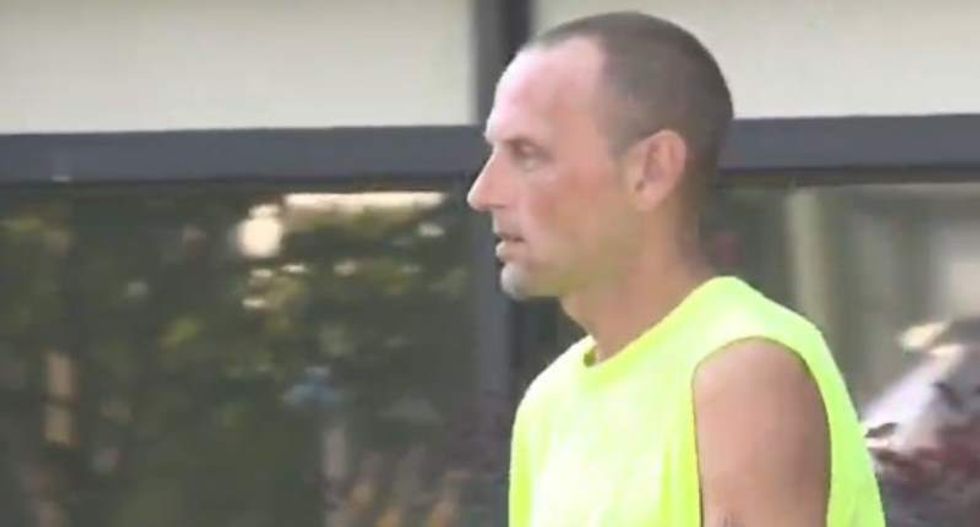 Matthew Jurado is arrested in connection with a fire that burned down a black firefighter's home. (WGRZ-TV)

The case of a fire that burned down a black New York state firefighter's residence went close to home -- literally.

Authorities charged 39-year-old Matthew Jurado on Friday with arson in connection with the fire, which consumed Kenneth Walker's home in North Tonawanda earlier this week. Jurado lived across the street from Walker and his family, who were not home at the time of the blaze.

The Buffalo News reported that the suspect's girlfriend also notified authorities regarding the fire.

Walker currently serves as the city's only black firefighter. WGRZ-TV reported that Jurado was part of the same training group as Walker. However, the suspect was recently released from a separate volunteer fire company due to insufficient training.

Jurado pleaded not guilty at his arraignment on Friday, although police said he has already admitted to being responsible for the fire. His bail was at $50,000.

However, Jurado said he was not responsible for the racist letter Walker received prior to the blaze, which contained an anti-black slur and ordered him to resign by the end of the week. Federal authorities are investigating the letter.

Watch WGRZ's report, as aired on Friday, below.